Genshin Impact has been on the market for over a year now, but despite the availability of over 40 playable characters, it still suffers from a lack of skins for them. In a way, miHoYo wants to please the fans and gradually introduces alternative character skins - in the patch 2.4, which debuted today, about which we wrote more here, two more are to be added (for Ningguang and Keqing), but Chinese developers do not intend to stop at that and announced four more skins yesterday.

Why did I write "in a way"? Because the new skins for Jean, Amber, Rosaria, and Mona will be optional for everyone except Chinese players - they will be forced to use them due to the slightly more censored look of these skins. 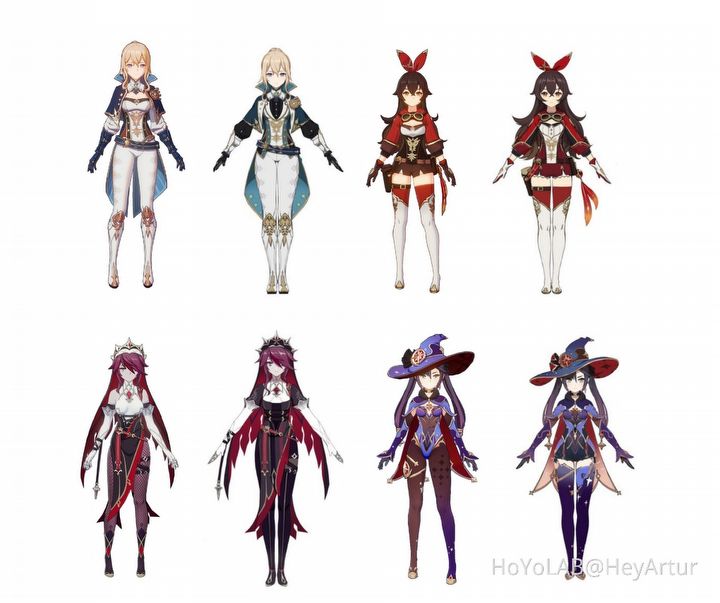 As you can guess, looking at the image above (on the left are the original versions of the characters, while on the right are the upcoming ones), all the fuss is about the outfits exposing heroines' breasts too much - at least according to the Chinese censors. Their new costumes will cover them entirely. The leg coverings in Rosaria and Mona's outfits (the two characters below) will also be nicer. Developers from miHoYo noted that the images do not represent the final look of the heroines, but the message of the changes to come seems all too clear.

The West is happy - there will finally be new skins, right? - and Chinese fans are to receive a small compensation for this situation in the in-game currency. Developers are aware of how important for the community is the image of the protagonists. However, this does not mean the end of changes, because the censorship imposed by China will bring more - also in the appearance of those male characters who may be considered too effeminate. Players speculate that Venti will be the first to be modified.

When the changes described above will appear in Genshin Impact? miHoYo has not given a specific date; however, we can assume that the first preparations - especially on Chinese servers - have already been made as part of the aforementioned patch.