Last week Ubisoft announced Frontline, the next installment in the Ghost Recon series. Along with this event, the registration for the game's closed beta started, which was to take place on PC from October 14 to October 21. Now, a day before the start of the tests, the devs decided to delay the beta. The reason provided was the desire to refine the title. 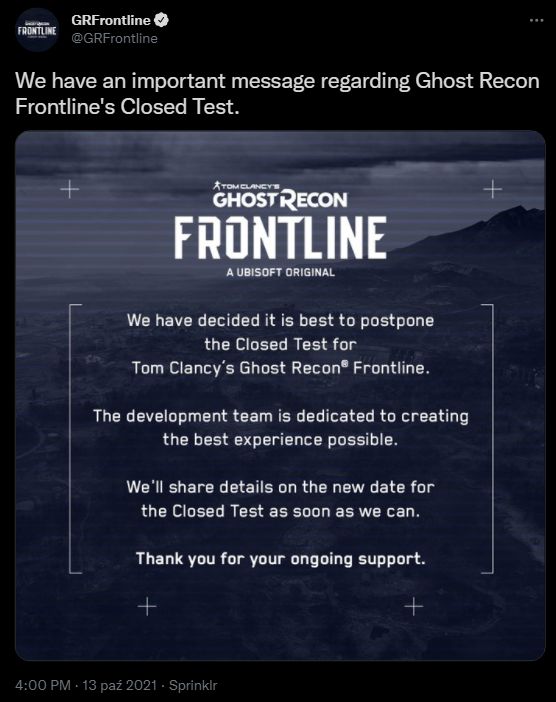 Ghost Recon: Frontline is an FPS focused on multiplayer battle royale games. Over a hundred players, each playing as one of the available operators, are brought to a map and fight for victory until only one is left standing. The title will be distributed in the free-to-play model and is coming to PC, PS4, PS5, Xbox One, and Xbox Series X|S.