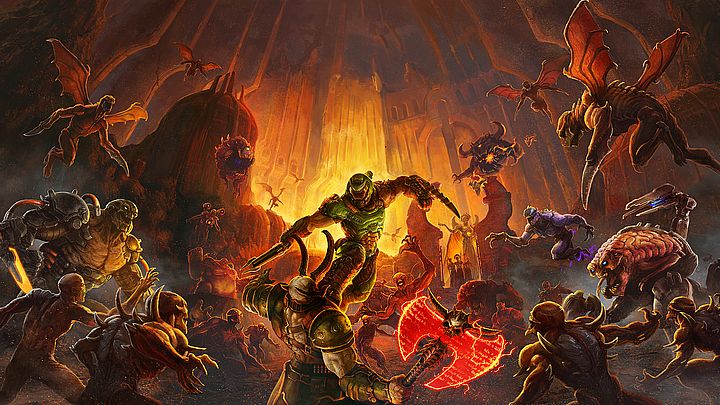 Doom Eternal is a success. Both artistic and commercial.

There is a ton of places where they would tell you that Doom Eternal is a very good title, such as, for example, our review. This fact was also reflected in the figures, as reported on Twitter by a respected industry analyst, Daniel Ahmad. The title enjoys a record interest on Steam. Doom Eternal was played by more than one hundred thousand people at the same time, which is more than two times the result of Doom from 2016 (44 thousand at its peak). The interest is also confirmed by streaming results - the number of more than 125,000 people watching on Twitch at the same time speaks for itself.