Almost two decades have passed since the premiere of GTA Vice City, but many players still like to return to this game regularly. This is facilitated by a rich selection of mods that improve this old classic. A new version of Grand Theft Auto Vice City Extended Features, which is one of the most ambitious projects of its kind, has just been released.

It is the largest modification to improve Vice City made by a fan to date. Its development took the author a decade. The project improves graphics, adds support for ultra widescreen resolutions, and fixes bugs, but its biggest advantage is changes in gameplay and expansion of the game's content with new elements.

Extended Features introduces, among other things, gang wars over territories, in the style of those from GTA: San Andreas, as well as a mass of mini-games (including poker and black jack). Modules responsible for the behavior of NPCs have also been heavily expanded.

Improvements have also affected the map - many closed structures can now be explored, and some of them have begun to serve as hideouts or assets that can be purchased. In addition, additional gangs have appeared in the game world. There were also new weapons, cars and a large set of fresh missions.

The new version of the mod is numbered 0.5 and brings many new features, the most interesting of which are: 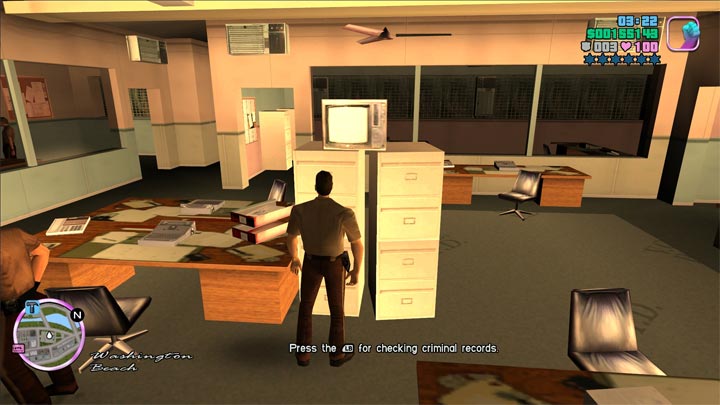 Version 0.5 of the mod introduces, among other things, additional police missions.

Finally, it is worth mentioning that the mod is designed exclusively for GTA Vice City and does not work with the refreshed version of the game included in the Grand Theft Auto: The Trilogy - The Definitive Edition. Installation of the mod is simple. All you need to do is download it from ModDB and extract the archive to the game folder.

Diablo Immortal Turns Into a Tornado; 10 Million Players More in a Week

This Mod Will Enable You to Write Master's Thesis in Skyrim

Modder Ports Nemesis System from Shadow of Mordor to Skyrim

iCEnhancer 4.0 Mod for GTA 4 is Coming