One of the players examined launcher files and discovered what achievements will be available in each of the three games. 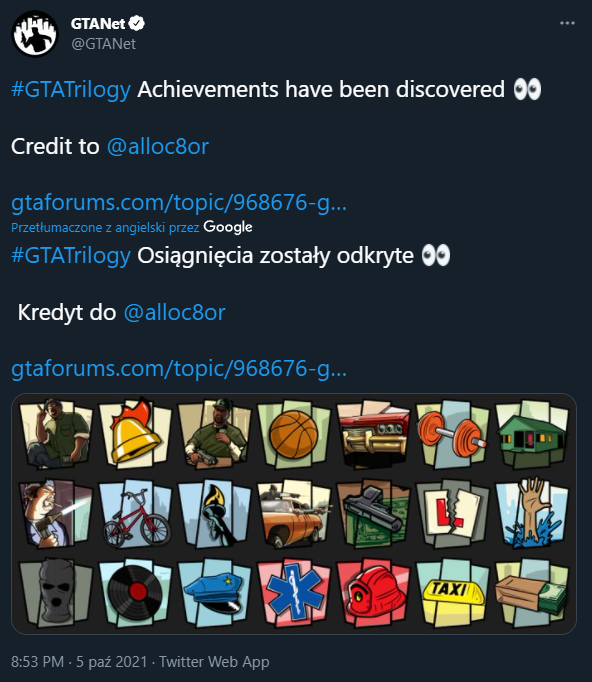 Recently we reported of new information confirming that remasters of the first three 3D games in the Grand Theft Auto series are in production. Today, in turn, one of the users shared on Twitter what he found in the code of the Rockstar Games Launcher client. There were three titles there - GTA III, GTA : Vice City and GTA: San Andreas, and each of those games had "Unreal" added, which confirms the news from two months ago. 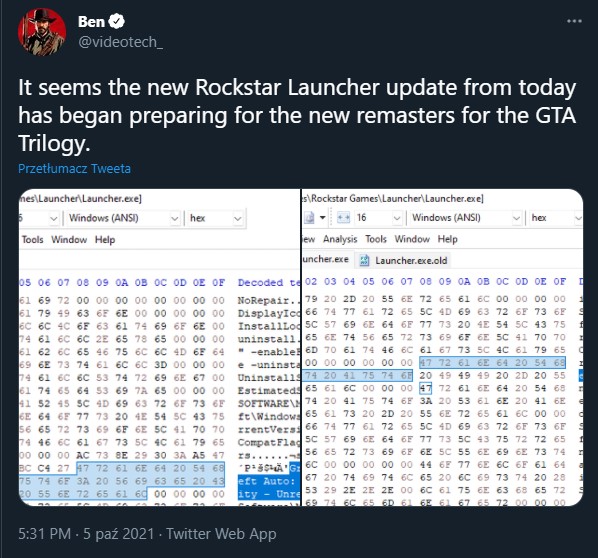 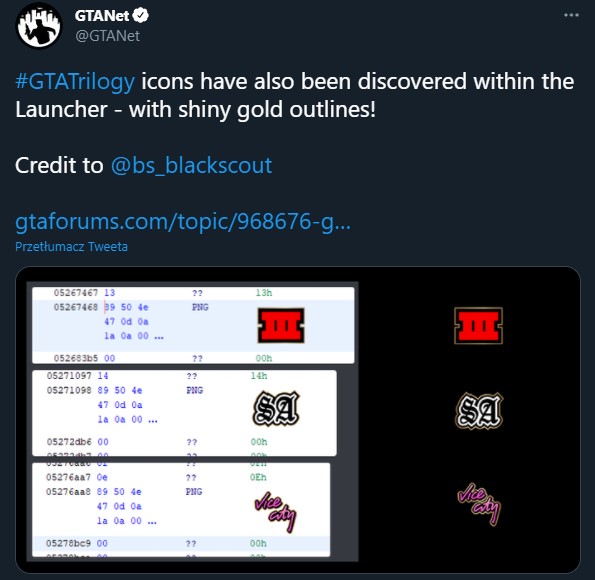 According to Kotaku, Grand Theft Auto: The Trilogy - The Definitive Edition will be released this year on last- and current-gen consoles, and on PC in 2022.