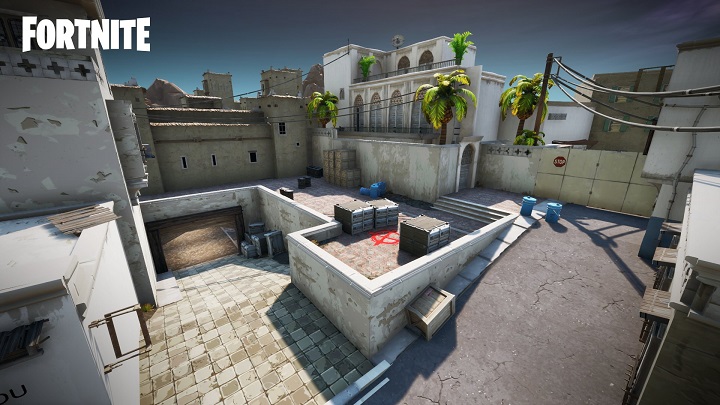 Team Evolve, which is involved in creating various maps in creative mode of Fortnite, has just ported one of the most recognizable locations from CS:GO (Dust 2) straight to the aforementioned production. Every player can test the map for free using a special code provided by the creators (you can find it in the tweet below).

The game on Dust 2 in Fortnite is no different from the original. The players are divided into two teams, one of which has to plant a bomb in the right place and the other tries to stop it. Frags and won rounds yield the players cash, for which they can buy new weapons. The location was mapped almost perfectly, which you can see for yourself on the screenshots below.

It is worth noting that Team Evolve is a team that has a lot of such projects to its credit. They worked with several major franchises, for which they created special maps for large events. You can find more information about their work at this address. Additionally, if you are a Fortnite player, don't forget that the second season of the second chapter will start in a few days, i.e. on February 20.