The world of Horizon: Forbidden West is a beautiful, yet very dangerous place. Guerrilla Games (the game's developers) has shared a video, in which they present new specimens of local "fauna" that we'll encounter on our way in the sequel. The new machines inhabit not only the land, but also the skies and the depths of the oceans. Some serve as guardians of the natural order, while others are built only to kill.

One that catches the eye is the Slitherfang, residing most likely in the sandy lregions. The set of plates on the back of this mechanical mega-snake's head gives it the distinct appearance of a cobra, and the venom it spits can quickly knock out even the strongest of adversaries. 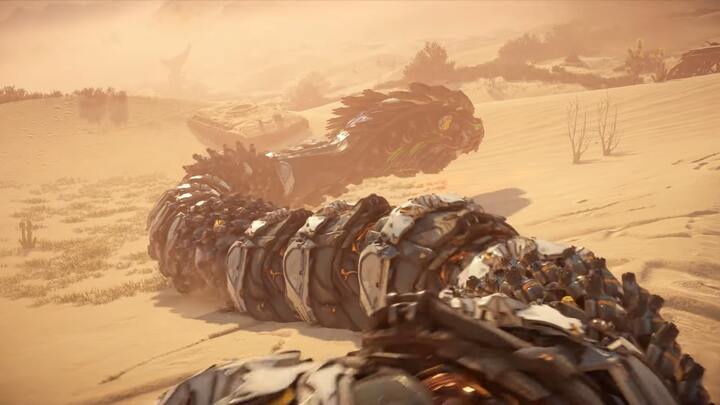 Rollerbacks are a bit less deadly creatures, but still pose a huge threat. They resemble a combination of an Ankylosaurus with modern-day armadillo. The plates on their backs seem to fly away from the machine and return to it, which can be a kind of defensive measure. In addition, they can curl into a ball and, with surprising speed - thanks to thrusters located along the spine - trample their enemies. 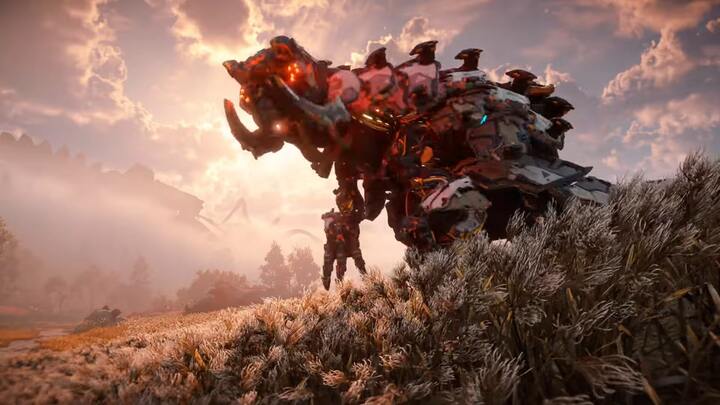 Rollerbacks in their natural habitat.

In the skies we see Sunwings, gathered in flocks and resembling Pterodactyls in appearance. On their wings they have special membranes that serve as solar panels, from which they draw energy. At this point it is unknown whether Aloy will be able to mount them. There were also other types of machines, looking like mammoths or velociraptors. When we manage to jump on the back of the representative of the latter, we can expect experiences like in Jurassic World. 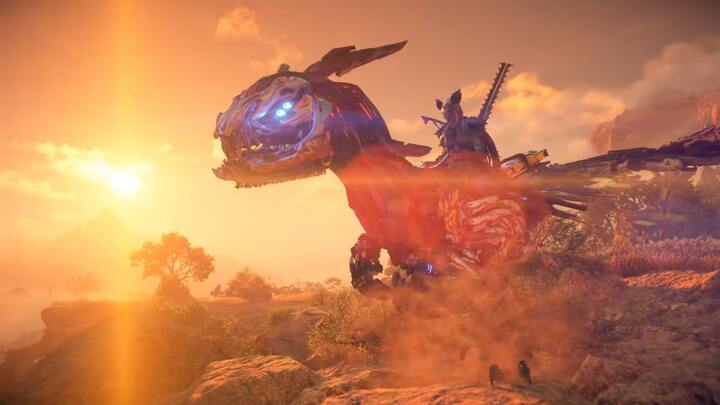 "Open the door, get on the floor, everybody walk the dinosaur".

Under the surface of the water, we will come across long-neck machines that evoke associations with Plesiosaurs. The richness of "species" in Horizon: Forbidden West seems to be impressive. What surprises await us yet? We'll find out when the game launches on February 18, next year, on PS5 and PS4.