Yesterday's announcement of a new Indiana Jones game definitely made the hearts of fans skip a beat. In just a few moments, some users noticed a few easter eggs in the trailer, which may suggest the place and time of action, and even the enemies we will face in the upcoming chapter of the adventures of the famous archaeologist. Soon after that some more arguments confirming pre-war Rome as the area of Indiana's next expedition appeared in the Internet.

Theoretically, the first clue wasn't that hard to spot, as a ticket to Rome, lying in the middle of the table, with a flight date scheduled for October 21, 1937, seems to be an obvious clue as to the place and time of action. If the theory is true, then we can assume that the game will take place between Raiders of the Lost Ark and The Last Crusade.

The users also took a look at the books that Indy keeps in a pile on his desk. Each of them, starting with Ancient Circles through Myths That Made and ending with Forbidden Stones, contains references to ruins outside of Rome. The audience's attention was also drawn to plans of the Vatican covered with various props and an unfinished letter in a typewriter addressed to a "Father", whose name unfortunately cannot be seen. Perhaps this is a clue that speaks of Indiana's potential ally. 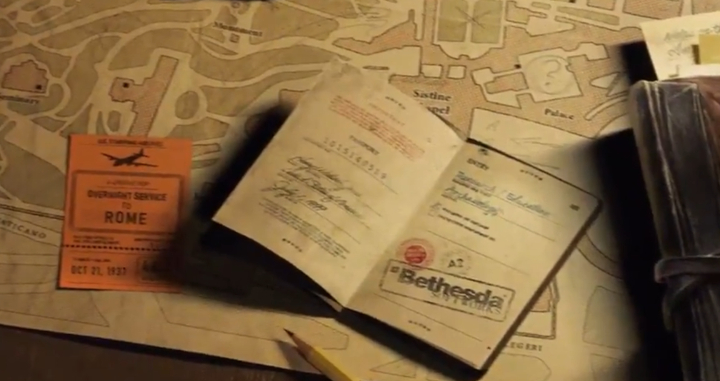 Another clue that has failed to hide from the community's eye is the very year Indiana travels to the Italian capital. At that time, fascist leader Benito Mussolini returns from Berlin after fruitful negotiations regarding the Berlin-Rome axis, so once again Indiana would have to fight both Nazi and fascist forces.

But why would he be fighting them? As it happens, it was in 1937 that Mussolini got his hands on the Sword of Islam, which may be the relic Jones is looking for, and which the fascists will want to use to gain mystical powers and power. Additionally, the binder shows references to alleged U.S. government interference in the character's actions, which wouldn't be particularly surprising, knowing the plot of the movies. 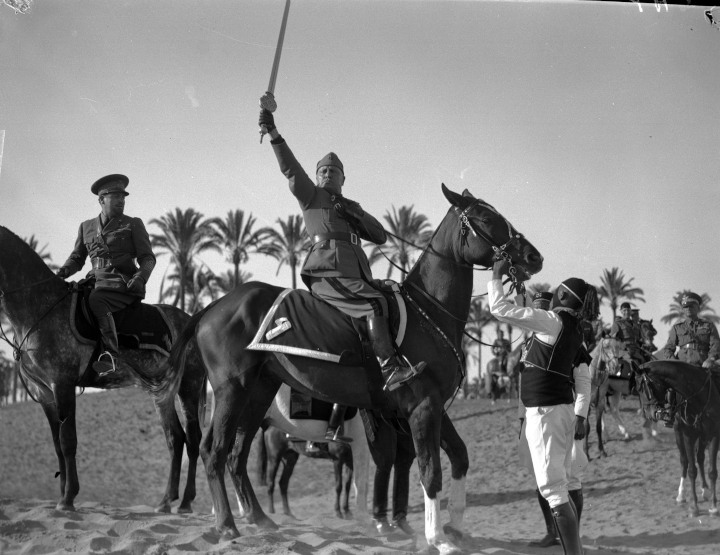 Photo from March 20, 1937, Benito Mussolini wielding the Sword of Islam

Interestingly, it's not just in the trailer that Bethesda included a couple of "easter eggs", but also during Todd Howard's interview with the Xbox team. As noted by Twitter user Malekawt, figurines relating to the Indiana Jones movies, namely replicas of the Ark of the Covenant and the golden goddess that we saw in Raiders of the Lost Ark, can be seen behind Howard on the shelf.

We eagerly await more details about the latest installment in the series. We do not know yet when the release is planned or on which platforms the game will be launched, but let's hope that our curiosity will be satisfied soon and the development will not take particularly long.