Dan Bostian, a programmer from Portland (USA), builds unusual keyboards using a 3D printer, Arduino boards and his own creativity. His latest project offers 25 buttons with mechanical switches - 24 are placed in six rows, and one is located under the handle, protected by a pin. 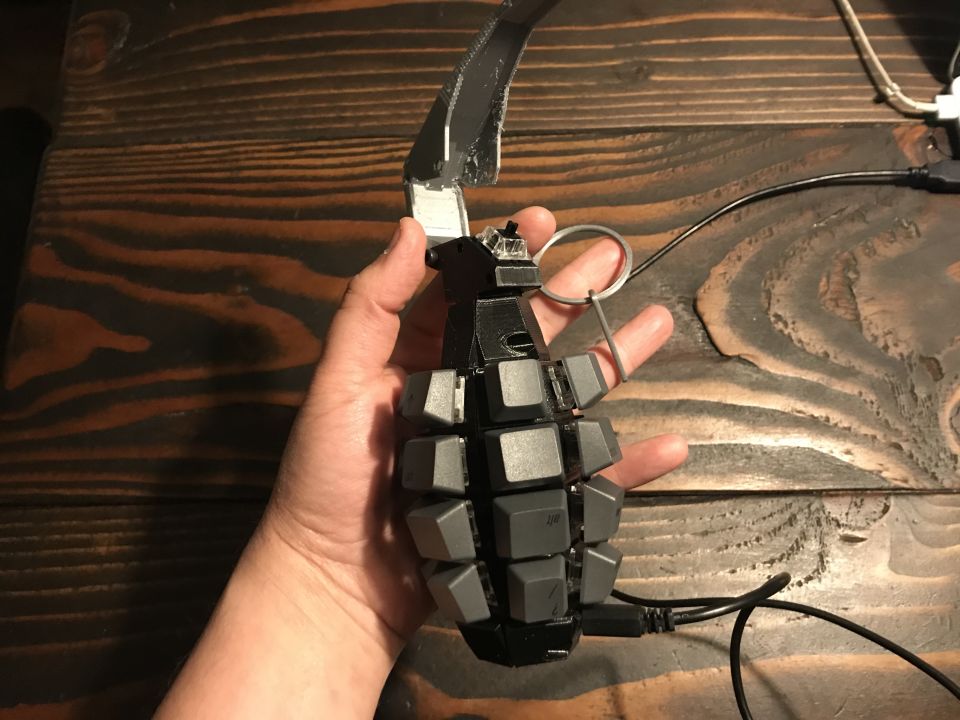 The keyboard fits well in the hand and the mechanical switches offer comfort.

The keyboard was created mostly on a 3D printer, and the Arduino Pro Micro (a board with a microcontroller) is responsible for controlling the entire design. The grenade is not for sale, but we can make it ourselves - the builder provided the project along with necessary instructions.

Each of the buttons has been assigned a different explosive word, such as Boom, Kaboom, Pop or Clank. Perfect for fans of onomatopoeias.

While this is his most spectacular design, Bostian has yet another explosive keyboard to his credit. As he explains on the project's website, the idea came from a surplus of function keys, which were left after the construction of incomplete keyboards. So he created the F Bomb with a fantastic looking fuse and 12 keys. 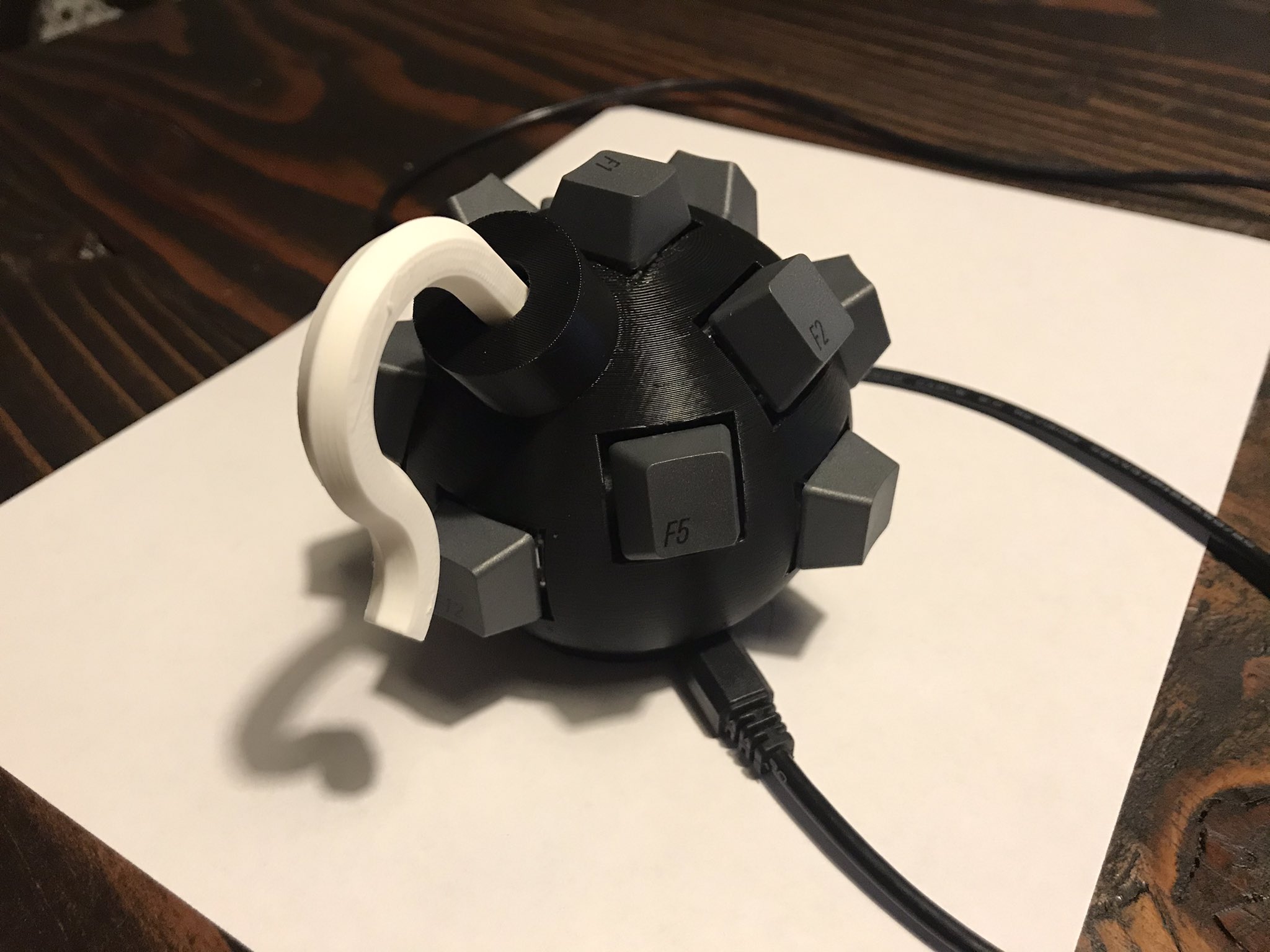 The previous project (F Bomb) was also a blast.

Such unusual designs can be a great desktop decoration and an added attraction, especially for the growing number of streamers. Although even a traditional keyboard sometimes needs a pin that you have to pull out before you press Enter.

Sony Caves In - PlayStation Store Will Remain on PS3 and PSV

Gamers Needed 13 Years to Find This Obvious Shortcut in Trackmania