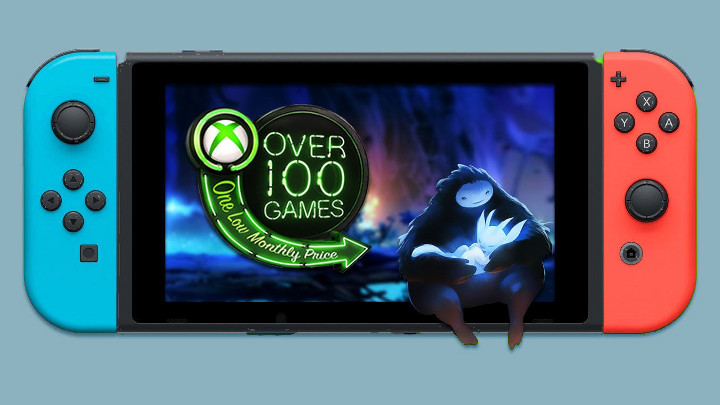 Access to the Game Pass library on the Switch console? Sounds interesting.

There have been reports over the Internet suggesting that Microsoft and Nintendo are close to cooperate on a fairly large scale. This would result not only in the release of some of the American giant games on Switch, but also the entire library could be offered as part of the Game Pass subscription (using streaming technology).

For the time being, only leaks

Information about Microsoft's and Nintendo's plans has appeared on Direct Feed Games, a channel known for publishing common rumours, especially about the Japanese company.

From leaks we can learn that Microsoft intends to make certain titles on Switch available as ports specially prepared for this platform. This is not very surprising, because the American company already had some episodes associated with the production of games for Nintendo systems in its history, such as the release of Minecraft version for the consoles of the Japanese manufacturer. In addition, Microsoft has developers such as Ninja Theory and Obsidian, who release games on their own for Switch, other consoles and PCs. One of the first titles that waits for the port is the very atmospheric and popular platformer Ori and the Blind Forest.

Further rumors suggest that Microsoft plans to use its technology known as Project xCloud to make demanding games from the Xbox One available on Switch. Due to hardware limitations, Switch is not able to natively handle titles such as Gears of War 5, but using streaming over the Internet will be possible. Players using the Nintendo console would be able to subscribe to and play games from the Game Pass library.

It is speculated that access to the Game Pass service on Switch may be available later this year. This sounds quite likely because Microsoft has been putting a lot of effort into improving and expanding the Game Pass service in recent times. Project xCloud, on the other hand, gives the giant from Redmond additional room for manoeuvre in selling Xbox services to users who do not have the console. For Nintendo it is a chance to jump over the hardware limitations of Switch, and extending the library in one way or another will always be an added value.

It is also worth mentioning that Nintendo has been experimenting with streaming services in Japan for some time, thanks to which Japanese Switch users have gained access to titles such as Resident Evil 7 or Assassin's Creed Odyssey. However, if you look at it, they are still far from ensuring global availability of services, so an alliance with Microsoft through a ready-made solution - a game library and infrastructure, may be the optimal choice. We look forward to receiving official information.