Four days before the release of the tactical strategy game titled Corruption 2029, The Bearded Ladies, the team responsible for its development, prepared an extensive video, in which the devs take a closer look at particular aspects of their work. The gameplay presents, among other things, the arsenal and the skills of our characters, based on which we will be laying out strategies for subsequent turn-based battles. Before we invite you to watch the video, we would like to remind that the title is coming exclusively to Epic Games Store.

Corruption 2029 will offer a host of side objectives to complete, in addition to the main storyline; the former will not be necessary to complete a given stage, but we will always be rewarded for taking additional risks. Moreover, the devs will try to encourage us to return to already completed missions and complete them once again for medals, a kind of internal system of (difficult to obtain) achievements.

During the game we will operate behind the enemy line so that the game will not be easy from the beginning. Nevertheless, our subordinates will be armed with futuristic tools and skills provided by special implants, which will make our lives a little easier. Among them one can mention active camouflage making the soldiers almost invisible, shields providing them with protection against enemy fire or even gadgets distracting enemies. Of course, they are especially useful for those who prefer to act quietly. 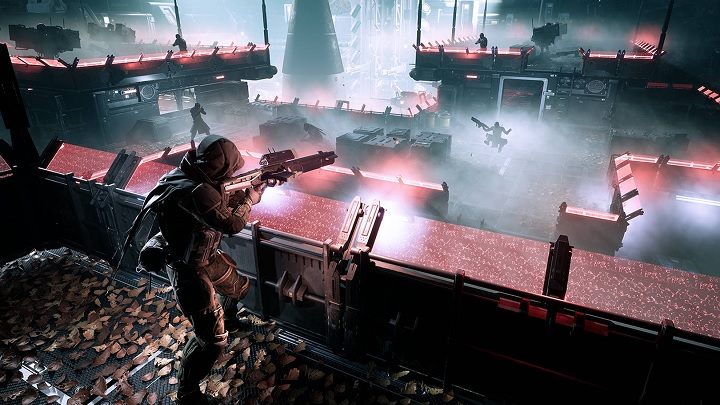 Silent action is only one way to deal with problems in Corruption 2029.

But if you are brave enough, nothing will stand in the way of using the slightly louder method and going in all guns blazing. Unlike in Mutant Year Zero: Road to Eden, this time we'll have the right tools, with a powerful gatling gun (its owner can give his opponents hell) or explosive devices that, if detonated at the right time and place, will give us a big advantage over the enemy forces. And since we are talking about explosions, it should be mentioned that the environment will be partially susceptible to destruction, which can be used to our advantage. On the other hand, it is a real double-edged sword, because some of the cover for your soldiers will also be destroyed.

Finally, it is worth noting that the devs do not hide the fact that the possibility of getting into an open fight with the adversaries was supposed to be present in their previous game. However, they did not have enough time to implement it. 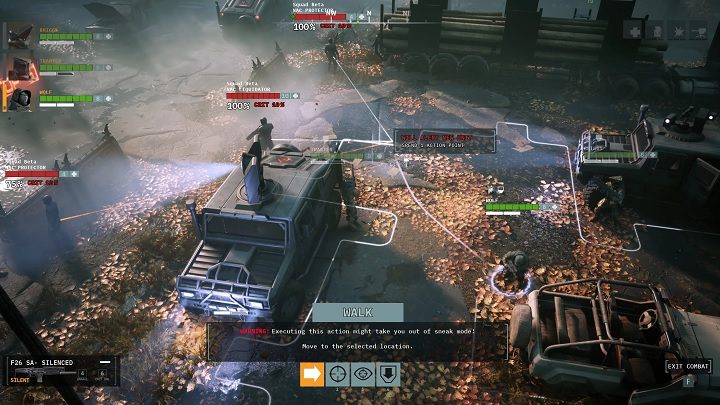 During the battles, you'll have to show some tactical sense.
video gamesturn-based strategies tactical RPG / strategies The Bearded Ladies PC