Yesterday marked the reelease of the long awaited remaster of the iconic Mass Effect trilogy, titled Legendary Edition. The first reviews from the critics were extremely positive and pointed to one of the best remasters that has seen the light of day. The spell was broken when the players who own a copy of the game on Steam started giving their opinions.

Currently, of the 2325 reviews, 82% are positive, but just after the official launch, the game's card showed "mixed" reception. The Steam's users started to give the game 'thumbs down' due to the less-than-stellar handling of localization. This shortcoming also outraged players speaking Chinese and Russian. 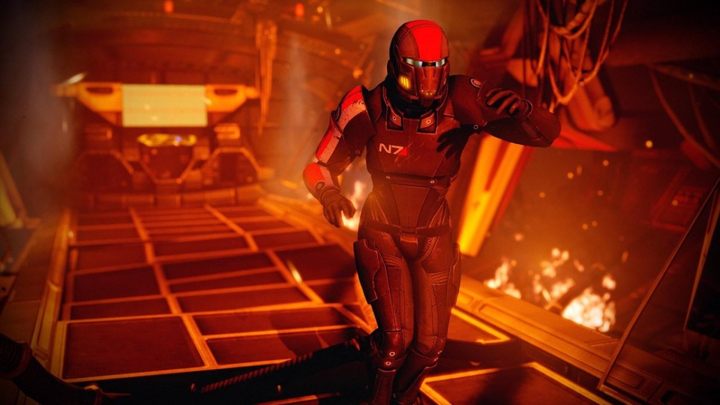 The release of Mass Effect Legendary Edition was not without controversy.

However, even the positive reviews are not overly positive. Many players who are satisfied with the remaster's level pointed out several problems connected with the technical side of the game. One of the most common complaints is mouse sensitivity in the first Mass Effect with many players finding it difficult to control and calibrate it. Fans of the series also complain about the fact that promised visuals improvements do not look as good on modern hardware, on last-gen hardware fps drops occur on older components, and in extreme cases, the title automatically shuts down.

Legendary Edition only adds the option to enable or disable anti-aliasing and ambient occlusion in the first game. Reviewers are disappointed with the lack of other settings, especially those affecting the field of view. Ultrawide monitor owners have also voiced their criticism, as, despite the fact that gameplay in all three games has been adjusted to the 21:9 format, the change does not include cut-scenes, which are still displayed in 16:9.

Despite all these negatives and issues, EA has no reason to complain when it comes to the sales. Currently ME: Legendary Edition is at the top of Steam's global bestseller list. Remaster of Shepard's adventures dethroned the former leader of the ranking - Resident Evil Village - already a day before the official release. Moreover, at the moment the title is being played by over 40 thousand people.