Simultaneously with the release of Microsoft Flight Simulator on Xbox Series X|S, the owners of the PC version received a huge patch called Sim Update 5, which, in addition to a few new gameplay modes and content from Xbox, brought the long-awaited improvement in performance. Unfortunately, the patch also broke a lot of other things, and according to the players, the increase in fps is the result of a clever visual downgrade. Some even demand a return to the previous version, and there is a petition on the official MSFS 2020 forum to keep the console version separate from the PC version.

The least of the worries for PC gamers was the inability to operate the cockpit with a mouse, as Asobo developed a new mechanic for operating the cursor with a gamepad. It turned out that this was enabled by default in the PC version as well, and you had to dig through the options menu to restore the previous state. Much more serious issue was the random crashing to desktop and notorious "freezing" of the image for as much as 30-40 seconds.. Asobo released a hotfix on Friday to eliminate the "crash to desktop" bug and the freezing caused by the use of wireless mice and keyboards, but reports from the players indicate that they have not yet fully succeeded. 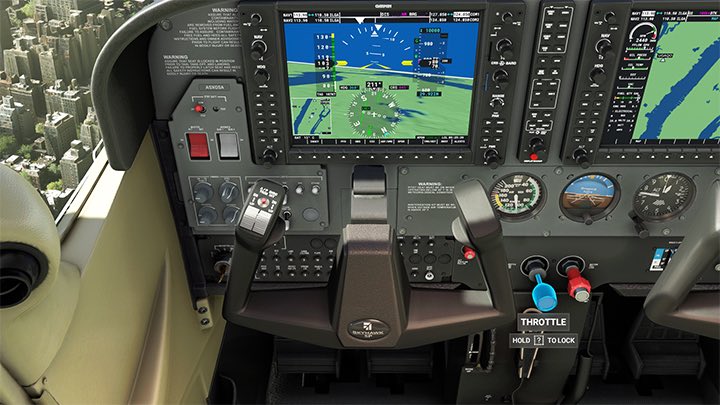 The enigmatic "Hold ? to Lock" caused (and still causes) an avalanche of questions about mouse controls being restored in the cockpit.

There's been a lot of controversy over the improved performance, which is indeed noticeable and brought great results. Many players indicate that this is the result of lowering the details or draw distance in order to equal the level to the console version. An example of developer tricks is the reduction of the amount of detail outside of the camera's field of view, which greatly reduces the load on the hardware. The trouble is that when changing views quickly (for example, turning our head in the cockpit), the game's engine can't keep up, resulting in annoying terrain pop-ups and stutters.

Sim Update 5 has also broken most of the additional aircraft and related mods, and it's worth knowing that fans of simulations use only reworked versions or paid DLCs in Microsoft Flight Simulator, because the default ones in the game are too simplified. The authors of FlyByWire - the most popular, free expansion with Airbus A320 - were forced to withdraw it from the game's store, and the creators of one of the best-paid CRJ-700 DLCs threw down the towel, announcing that they are unable to fix their mod until Asobo makes changes on their side. There are many more minor bugs and they also affect many of the game's default aircraft. 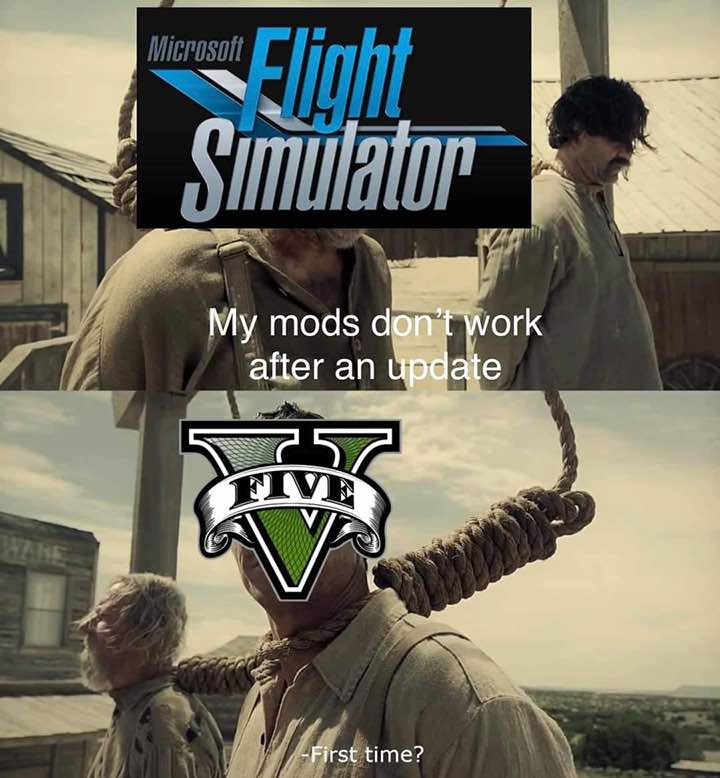 This is the first time an update has caused such massive problems in the operation of mods and DLCs.

All of this met with a very cold reception from the PC community, who feel that the developers have "degraded" their sim by adapting it to console capabilities. They are demanding the reinstatement of the Sim Update 4 patch, where everything worked relatively well, and the separation of the PC and console versions. Those less radical are suggesting additional visual options for PCs to get back to the old level of detail. Time will tell how popular the Xbox version will prove to be compared to the PC version and where the developers' priorities lie. What is certain is that the current version needs a lot more patching compared to the content of Friday's hotfix.

Age of Empires 4 on New Trailers; Abbasids and Sea Battles

The Father of ZX Spectrum, Sir Clive Sinclair, Passed Away

Gran Turismo 7 Will Require Internet Connection Due to Cheaters

Deathloop PC Got First Update; No Performance Improvements This Time

Cory Barlog Explains Why God of War: Ragnarok Will Conclude the Norse Saga