Crytek published a visual comparison of two Crysis Remastered Trilogy editions. However, the developers didn't compare the games on modern consoles, but rather the Xbox 360 version with the Xbox Series X/S remaster.

Mortal Shell: The Virtuous Cycle Free for Owners of the Base Game

To celebrate the release of Mortal Shell on Steam and The Virtuous Cycle expansion, the developers have decided to make the DLC available for free. The offer will last from August 18 to 22.

First reviews of Humankind started appearing across the web. The game turned out to be a great alternative to the iconic Civilization, although it falls somewhat short of perfection.

Official Announcement of Call of Duty: Vanguard to Appear in Warzone [UPDATED]

Soon we will get to know the first official information about the next installment of the iconic Call of Duty series, subtitled Vanguard.

CD Projekt RED has presented the first information about patch 1.3 for Cyberpunk 2077. There will also be an option to reset perks.

BloodRayne Betrayal: Fresh Bites was presented on a new trailer. Not only did we see the refreshed version of the third adventure of the famous dhampir, but also we got to know the release date.

Phil Spencer Wants Game Pass to be Present on Every Platform

In a recent interview, Phil Spencer revealed the direction in which Xbox will develop. He stated that the key to success for the brand is wide availability. He would also like game developers to take example from TikTok.

The movie's director reveals that if there will be a second part of Dune, the main character will not be Paul Atreides played by Timothée Chalamet, but a different character that the audience will get to know in the first part.

Intel is reserving the lion's share of TSMC's production capacity in 3nm lithography. In doing so, it may make life a bit more difficult for AMD and Apple, which rely on third-party chip manufacturing.

Destructive Creations announced the release date of the PC version of War Mongrels. A fresh gameplay trailer was also released.

Cyberpunk 2077 Drops Out of PS Store's Top Most Downloaded Games

Sony presented the list of most downloaded games on PS4 and PS5 in July 2021. Interestingly, the TOP20 does not include Cyberpunk 2077, which returned to the PS Store on June 24.

Early access beta of Diablo II: Resurrected is still available. Player feedback suggest, however, that the technical condition of Blizzard's game leaves a lot to be desired.

If you've been annoyed by the need to constantly store collected blocks in chests in Minecraft for a long time, a suitable mod has been posted online. It removes the limitation of stacks in the inventory.

Work on Alan Wake 2 Said to be in Full Swing

Remedy's latets financial report suggests that the development of the Alan Wake 2 project has started in earnest.

Digital Foundry published one of the best game trailers of all time enhanced by AI. Ladies and gentlemen, here's the Metal Gear Solid 2 trailer from E3 2000 in 4K and 60fps. 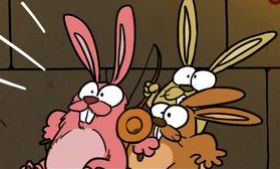 Naraka: Bladepoint is taking Steam by storm. The game was last week's biggest bestseller, and the number of people playing it is breaking records day by day.