The first anniversary of the PC release of Microsoft Flight Simulator, the next installment of the extremely popular series of flight simulators, is fast approaching. This game is constantly developed by its creators from Asobo. Recently, its representatives - Jorg Neumann, Sebastian Wloch and Martial Bossard - conducted an hour-long stream on Twitch (its full recording can be found below), whose main topic was the near future of the title (via Twinfinite).

Let's start with the PC version. As the creators boasted, they managed to rewrite a large part of the game engine and architecture. Thanks to this treatment the performance of the title has been significantly improved. For example, on hardware equipped with an Intel Core i7-9700K processor and NVIDIA GeForce RTX 2060 Super card at Ultra graphics setting with 4K resolution, the number of fps while flying over Manhattan on the current version varied between 35 and 40 (CPU use 100%, and RAM 16 GB). After uploading the patche, these numbers were practically doubled, and the RAM usage dropped by 70%. The load on the CPU has also decreased.

The developers have not forgotten about other improvements. We are talking about, for example, improved draw distance of trees during gameplay.

However, let the images speak. Below you can see two videos, fragments from the aforementioned transmission, showing a comparison between Sim Update 4, the current version of the game, and Sim Update 5, the upcoming one.

Speaking of patches for the PC version of Microsoft Flight Simulator presented in recent hours, it is necessary to mention two more things. First, the implementation of DirectX 12 is still in preparation, so some things may change. Secondly, however, developers note that the performance jump after installing the upcoming patch will not necessarily be the same for all hardware configurations.

Sim Update 5 for Microsoft Flight Simulator is scheduled to debut on July 27. On the same day, Asobo's game will appear on Xbox Series X/S consoles. Therefore, during the discussed stream Neumann, Wloch and Bossard also spoke about this version of the title. First of all, they emphasized that it will be an identical game as on PCs (with full support for both gamepad, mouse and keyboard). Cross-play and cross-save features will be present, so there will be nothing to stop us jumping from PC to console and vice versa. Interestingly, while the title's internal store will also be shared, there will be no requirement for developers to prepare their work for console support. Neumann believes, however, that the vast majority of creators will choose to do so. 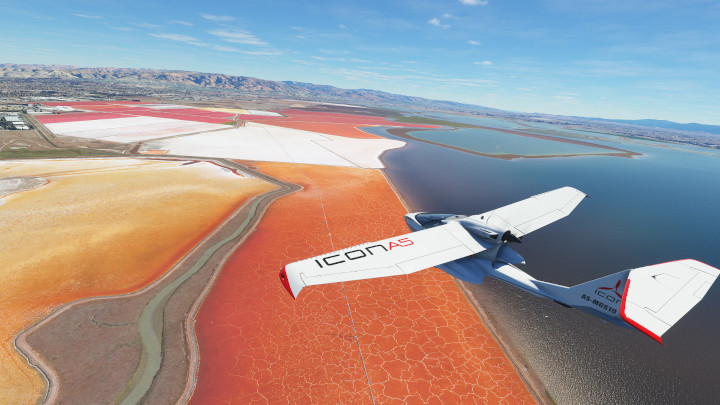 MSFS is undoubtedly a very nice game, but at the same time quite demanding in terms of hardware.

Microsoft Flight Simulator for Xbox Series X will render image in 4K resolution, while on Xbox Series S it will be 1080p. On normal TVs, the frame rate will be locked at 30. This number may be increased on better devices. As Wloch noted, when flying over Paris in an Airbus A320 on Microsoft platforms, the performance will range between 35 and 40 FPS, while over Bordeaux it can reach up to 60 FPS.

What's more important, there is a good chance that Microsoft Flight Simulator will also be available on Xbox One via the Xbox Cloud Gaming service. Work on this is in progress. 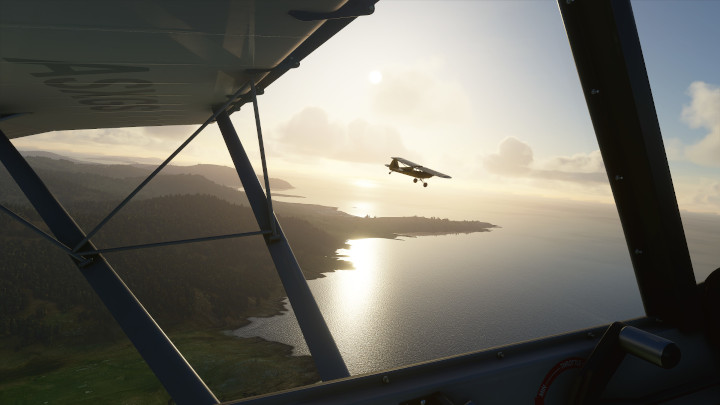 Of course, the release of the Microsoft Flight Simulator version for Xbox Series X/S and the release of Sim Update 5 will not mean the end of support for the title. The creators revealed that in the future we can expect improvements to the United States map and the dynamic weather system. Gliders are also on the way, and this is just the tip of the iceberg. According to Neumann, when players see what's in store for 2022, it will take their breath away. For now, all we can do is wait for further official announcements.

Title of New Call of Duty Leaked; Return to World War II After All?