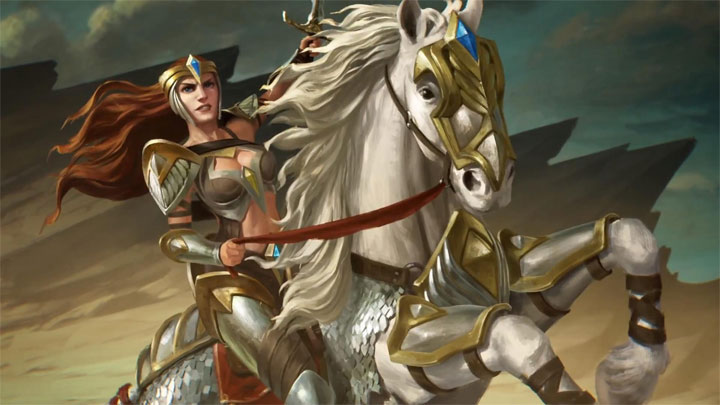 The game will debut at the end of the month.

Things are getting crammed in the category of auto battler strategy games, which was popularized by the Dota Auto Chess mod. Ubisoft throw down the gauntlet for Teamfight Tactics and Dota Underlords with its own project Might & Magic: Chess Royale.

The project has been known for some time, but the publisher did not advertise it very much, quietly conducting limited tests of the early version. Now a real promotional campaign has started, so many websites have assumed that the game has just been announced. The real news is the announcement of the release date, which will take place on January 30. The game is aimed at PCs and mobile devices with iOS and Android systems. In the case of PC releases, only the Uplay edition has been confirmed for now. The project will use a free-to-play model with microtransactions.

According to the title, the game will be set in the fantasy universe known from the latest installment of Might & Magic. This is not the only thing that will distinguish the project from the competition. Ubisoft has decided to enrich the genre of auto battler with battle royale mechanics. A hundred players will take part in the matches and the fun will continue until only one of them remains alive after a series of 1v1 matches.

During the game we will construct teams, creating various combinations of units, heroes and factions. Our subordinates are supposed to fight battles automatically, so the main factor in deciding the victory will be the character selection. The reconnaissance phase, when we can see the rivals' choices, will help. Players will also be able to influence the course of the battles with a daily changing spell pool.

Might & Magic: Chess Royale matches will be designed to last about 10 minutes. The devs promise a progression system with levelling, and extensive community options.