So thats it, Might & Magic Showdown has become a fact. As promised, the guys at Ubisoft have revealed the next Might & Magic game and did even more  they put it in Steam Early Access, where you can currently buy it for $19.99 and start playing immediately.

As we expected, Might & Magic Showdown is not an RPG or a turn-based strategy, instead this is a tactical PvP arena combat game that mimics a classic tabletop experience with figurines. The core gameplay is built on quick 1v1 duels fought by miniature heroes and their animal companions. Each hero has a set of unique skills with cooldowns, which can be used in combat in a manner similar to MMOs and MOBAs. While you cannot control your minions directly, you can ascribe different roles to them, so they would aid you in battle. As an addition and introduction to online duels Might & Magic Showdown features a single player campaign, through which you can learn the game mechanics.

Interestingly, the game offers extensive customization options. Using a separate painting tool  with a variety of colors, brush sizes and shapes, opacity, etc.  you can paint any part of your miniature hero, so you can feel a bit like playing with real figurines. There is even a painting competition on Steam  see details here. Note that the editor only comes free until February 19, 2017. 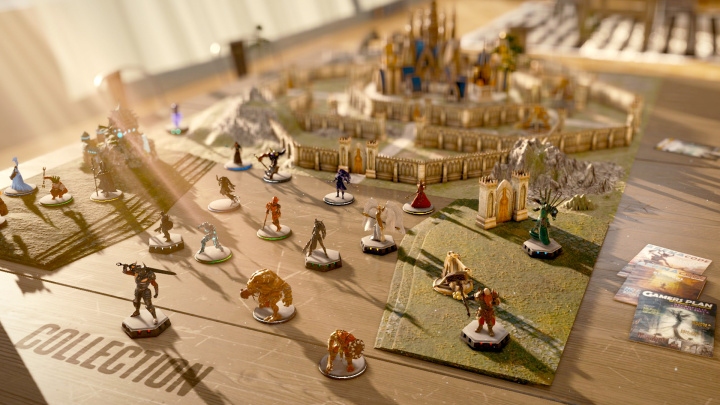 The team at Ubisoft Montreal says they need at least two months of Early Access period, but it could take more, if any interesting ideas emerge in the meantime.