Years go by and The Elder Scrolls IV: Oblivion is still very popular with fans. In order to make the return to this title a little more exciting, many players decide to install various modifications, are changing certain gameplay elements, adding new storylines or improving graphics. The latter category now includes a mod by SilverScrublord. The mod boosts the resolution of almost all textures in the game to 4K and 8K. 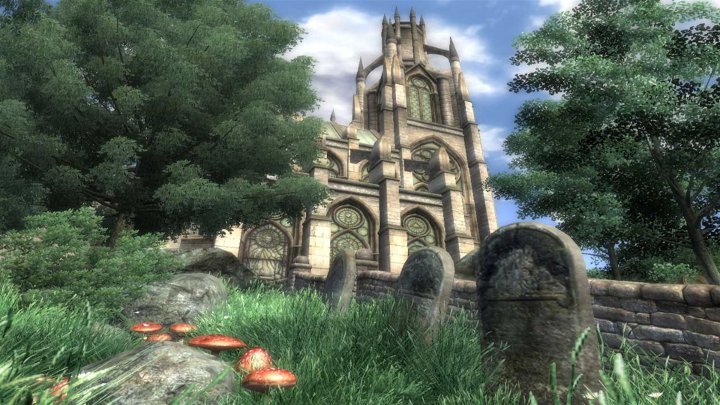 With the SilverScrublord's modification, Oblivion is supposed to look better than ever (the screen from the basic version of the game).

It is worth noting that the textures of The Elder Scrolls IV: Oblivion were not otherwise altered. They are all identical to the original, only much sharper, thanks to which the aesthetics originally chosen by Bethesda have been preserved. This was achieved with Gigapixel AI, a tool that uses AI to automatically increase the resolution of ready-made assets (in the case of SilverScrublord's modification, even four times the original value). This mod comes with a hefty price tag  $99.99  but what don't you do for your favorite game.

A small sample of how Gigapixel AI coped with the textures of The Elder Scrolls IV: Oblivion, you can see on the screens published by SilverScrublord (two examples can be found in this news). If you like what you see, you can find the modification link below. It is divided into several separate packages. The whole thing weighs about 4.5 GB.

The Elder Scrolls IV: Oblivion celebrated its thirteenth birthday this year. On the day of the release, the title was very warmly received by both the industry media and the players (on Metacritic, the PC version sports an average rating of 94/100). The game also won many awards for the game of the year in 2006.