The long-awaited remake of Resident Evil 3, which was officially announced in the first half of December last year, should appear on PC, Xbox One and PlayStation 4 on April 3. According to a recent interview with the game's devs at Capcom, work on the title is progressing without major problems and is now in its final stage, which includes fine-tuning of all elements of the game. As the launch is approaching, the Japanese studio started with a promotional campaign at the beginning of the year. Part of it is the latest trailer of the game. The trailer, which lasts just over a minute and a half, enables us to take a better look at the new version of Nemesis, the iconic monster that stalks the characters of Resident Evil 3.

Today's trailer also contains many new cut-scenes, as well as gameplay fragments that underline what we already know: the Remake of Resident Evil 3, like the original from 1999, is much more focused on spectacular and fast-paced action. This means the elements of pure horror will not be as prominent here as in the second installment. However, the creators will develop many of the story threads from the original, showing both the protagonist and their stories in a different light. The expanded campaing includes new elements and other surprises for the game's veterans, among other things. Resident Evil 3 will unfortunately not feature the alternative endings that were warmly welcomed by fans over twenty years ago. 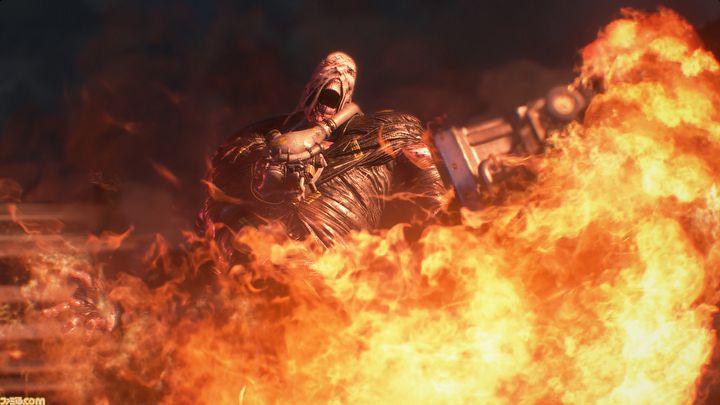 Nemesis will be constantly stalking the main characters.