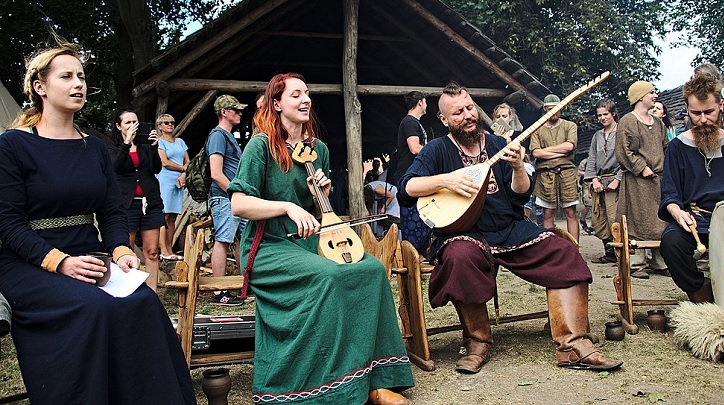 Polish band Percival did not lend their talent to Netfliks.

Fans of the Witcher Trilogy certainly remember the band Percival, co-creators of the music to The Witcher 3: Wild Hunt. Many of them were wondering if we might be able to hear their work in the upcoming Netflix series. Unfortunately, the team members denied that the producers of the Witcher had contacted them on this matter. In other words, it is unlikely that Percival's works will be used by the authors of the screenplay.

We still know relatively little about Netflix' upcoming production, and for several days now we have been waiting for confirmation of rumors about the premiere date of the first season of The Witcher. But before that, hopefully, happens, we can take a look at some more shots from the set. It was delivered by the website Redanian Intelligence, who contacted a photographer, who was in Hungary at the same time as the team responsible for screening Geralt's adventures. Thanks to this, the website gained not only photographs but also recordings of the Nilfgaard army camp. One of them you can see below, the others you can find on Redanian Intelligence channel on YouTube.

As is usually the case with this type of material, we can only speculate about the recorded scene. However, if we stick to the story from Andrzej Sapkowski's books, it seems probable that it represents the siege of Cintra. According to Redanian Intelligence, it would confirm the presence of three actors: Freya Allan, Eamon Farren and Mimi Ndiwen. The presence of Allan and Farren is allegedly confirmed by their activity in social media (they were both in Hungary at that time), while Ndiwen can be seen in one of the photos provided by the website. They will play the roles of Ciri, Knight Cahir and Wizard Fringilla Vigo, respectively, and the only story in the Witcher's canon that would allow all three of them to appear in the same place would be the Cintra massacre. Although no source tells us about the participation of a Nilfgaard magician, we also know that the siege was carried out by magicians and that Fringilla herself fought in the first Nilfgaard war with the North.