Users of new processors running on Windows 7 or 8.1 are reporting that they no longer receive security updates (thanks, Arstechnica!). This move may not come as a big surprise, because Microsoft had already annouced its plans to block updates for operating systems older than Windows 10 on the grounds of unsupported hardware. Still, it might hurt to think that you may be missing some important Windows updates only because you own a badass CPU. Either that or you move to Windows 10 (which, incidentally, is no longer free). 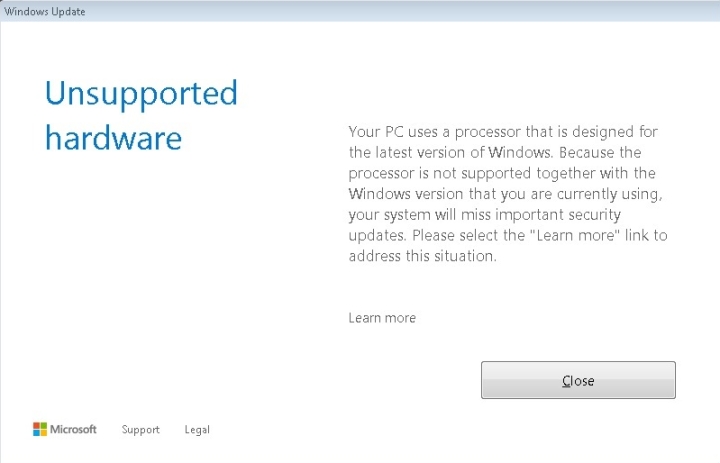 This error message may have surprised some unexpecting Windows 7 and 8.1 users.

Which processors are we actually talking about? Heres a list of the CPU series supported only on Windows 10:

Microsoft explains that the new processors introduced new capabilities and features, which makes it difficult to implement and test ongoing updates on older systems. As for the Intel Skylake series, some manufacturers (listed here) agreed to do the testing themselves, which means their processors will not block updates on older versions of Windows.

As long as we can understand this move regarding Windows 7, which has been receiving limited support since January 2015, its a bit surprising when it comes to Windows 8.1  this one is still in the full support period. Not for much longer, it seems.

Get the first Endless Space for 1 dollar

Get the first Endless Space for 1 dollar