Nothing lasts forever, and that saying applies to MMORPGs as well. Players have begun to notice that the servers of two fairly young games from this genre - New World and Lost Ark - are starting to become empty. Where is the cause of this problem? It seems that no one knows, except the creators themselves, although the players are speculating.

Not since today we have known that New World is not doing well. While the game's launch certainly deserves to be called spectacular, the same cannot be said about the game's condition, constantly deteriorating with each subsequent update.

Back in January we reported that the number of players in New World had stabilized (around 100,000 people were playing it daily). Unfortunately, in March, the game was played by only... a little over 30 thousand players at most. As for the average daily number of users, it was 21 thousand.

Graph showing the popularity of New World, or rather its decline. Source: Steam Charts

It is worth mentioning that on March 30 Amazon Games' title has seen the release of update called Heart of Madness. However, it does not seem to have significantly affected the game's popularity and the servers remain empty. 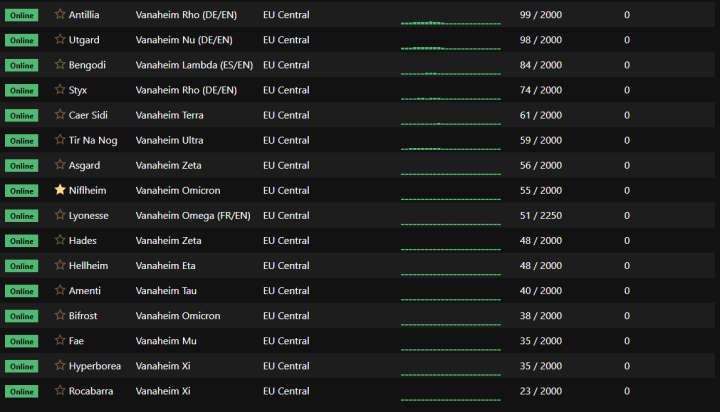 A server with a capacity of two thousand players is visited by only 99 people. I wonder how many of them are bots? Source: Reddit

Among the community there are many voices suggesting that New World should not have so many smaller servers, but rather a few larger ones. Thanks to this, if they were to find the end of their lives, it would be significantly delayed. It is worth quoting here a fragment of one of the comments, which quite accurately summarizes the fate of New World.

"While I LOVE the idea of 'small' MMO servers where you can eventually get to know everyone is a cool concept... it is also far too volatile. Small population shifts can make or break entire servers.. That's what you get when you have businessmen that understand nothing about gaming run a gaming company.Anyone sane would've realized that can't work out in the long run. A single company quitting can ruin an entire server and we have seen it again and again," wrote Shehriazad

Yes, Lost Ark did came out later. But that doesn't change the fact that the second MMORPG released by Amazon Games also has its problems.

It's not just about problems with bots, which, despite the developers' best efforts, still haunt Lost Ark (and a lot of other MMOs, by the way), but also about the dropping, although not so drastically, number of players.

The craze for Lost Ark is passing, however slowly. Source: Steam Charts.

At the time of release Lost Ark was played by over a million players at the same time on Steam, and shortly afterwards we were talking about a total of over 20 million players worldwide. Now the situation of the game on Valve's platform looks a little worse, although still incomparably better than New World's.

Such are the charms of MMORPGs

Creating a game for which the community is everything is a huge challenge. Bringing that community to a boil can't end well. This warning has escaped Amazon's notice, and the company's first game is currently nearing its end.

It's a little different with Lost Ark, which is on the market for less than two months. The game is still very young (at least when it comes to its western version) and promises to be a little better than its predecessor. Let's hope that it will stay this way.