People Can Fly has recently shed some light on ther new work, i.e. shooter with RPG elements known as Outriders. Today, the editors of Game Informer published a video on their YouTube channel, presenting one of the character classes in action, i.e. the pyromaniac.

The anomaly that destroyed the planet Enoch has made the pyromaniac someone like a battle mage. The character representing this profession will be able, among other things, to shoot fiery blasts at enemies or create a shock wave (of flames, you get my drift). Of course, as the character progresses they will gain experience, gradually becoming a walking 'firestorm'. Nevertheless, the character's basic work tools will still be guns - the gameplay shows the character using, for example, a machine gun.

The pyromaniac is one of four character classes prepared for Outriders. The next two are the manipulator (able to... well, manipulate space-time) and the destroyer (possessing supernatural strenght). The last specialization is not yet known. 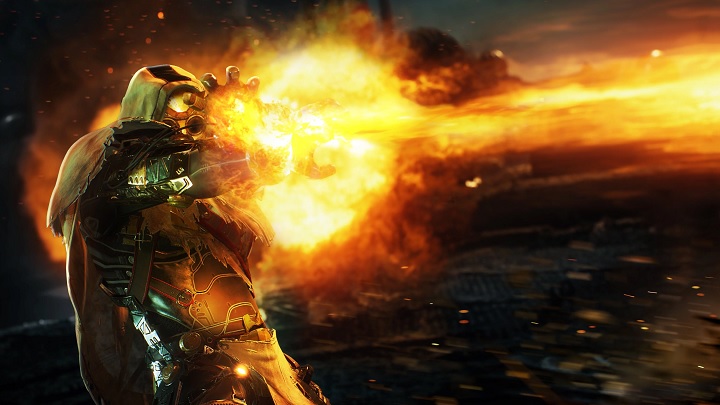 When a pyromaniac enters the battlefield, things quickly become hot.

Outriders is coming to PC, PlayStation 4, PlayStation 5, as well as Xbox One and Xbox Series X, which it will reach in late 2020.