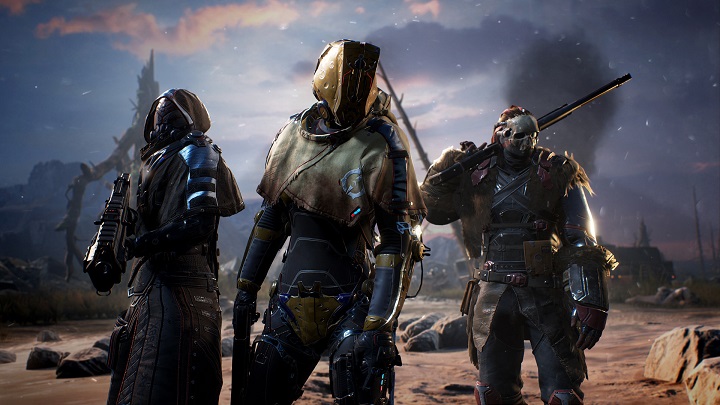 We can finally see Outriders in action.
OUTRIDERS IN A NUTSHELL:

A few days ago we had a chance to watch a new trailer of Outriders, i.e. cooperative TPP shooter developed by the Polish studio People Can Fly. Today, however, we can look at the pillars of the game for the first time and learn much more about it. Thanks to the presented materials we are also able to take a closer look at the world created for Outriders. It's worth mentioning that we will also find a lot of additional gameplay materials presented by popular youtubers (e.g. the one here). Below you can take a look at the official presentation of the game.

Let's start by recalling what we knew about the game before. It will be a TPS with RPG elements designed to be played with up to two additional players. However, the diversified world and the extensive storyline are supposed to provide enough entertainment even for those who prefer to play solo.

In Outriders we will play as the eponymous soldiers, who set off to an unexplored planet to start a new life. However, a mysterious anomaly prevents them from settling and forces them into hibernation. When the heroes wake up, they are told that they have gained superhuman powers, and they aim to find the cause of the strange phenomena on the planet. Players will be able to customize their weapons, vehicles and heroes' appearance in many different ways. There will also be a choice of different character classes.

Outriders will be available on PC, PlayStation 4 and 5, as well as Xbox One and Xbox Series X. The title is slated for launch in late 2020. On Steam, we can already place a pre-order for the Deluxe Edition, which includes the Hell's Rangers Content Pack (i.e. 11 unique weapons, as well as modifications and decals for vehicles). It was priced at $64.99 (including an 18-percent discount).