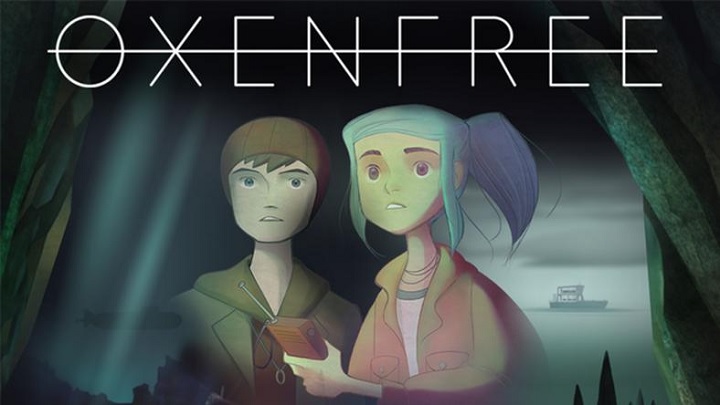 You have to weeks to get Oxenfree for, well... free..

The next two weeks with Epic Games Store are over and with them the promotion for the free Slime Rancher. After the charming production from Monomi Park, it's time for a completely different title. Users of the Epic Games platform can now download Oxenfree for free - a two-dimensional adventure game from Night School Studio. The game is available free of charge from today to April 4.

In Oxenfree, we play as Alex, an ordinary teenager who goes with a group of friends to a mysterious island to celebrate high school graduation together. However, the carefree trip comes to an end when the group begins to notice disturbing phenomena and discovers that by accident they have opened a portal to a nightmare dimension. The only help against the nameless horror is the radio, which enables them to detect danger when the correct frequency is set. In the course of the game, we also have to make decisions every now and then, and our choices have significant consequences for the plot. The main attraction of Oxenfree is the atmosphere - the creators skillfully used simple visual setting and atmospheric music to create a disturbing mood.

On the occasion of the Oxenfree offer, we got to know which game the Epic Games Store users will be able to add to their library for free in two weeks. The title in question is The Witness - the first person adventure game from Thekla studio, creators of the renowned Braid. Just like in Oxenfree, the game will put us on an island, and although we will not find a horror from another dimension there, it will hide a mystery to be solved. Upon arrival, we discover that a seemingly inhabited location is in fact completely desolate. During the game we try to find out what happened to the local population, looking for clues and solving numerous logic puzzles. The Witness will be available for free from April 4 to 18.