Epic Games Store continues its free games offer. For the last two weeks everyone interested could grab the 2D adventure game Oxenfree. If someone hasn't managed to do it yet, they have until 9 AM. Then the game from Night School will be replaced by another production - The Witness. You will be able to add the title to your library free of charge until April 18. 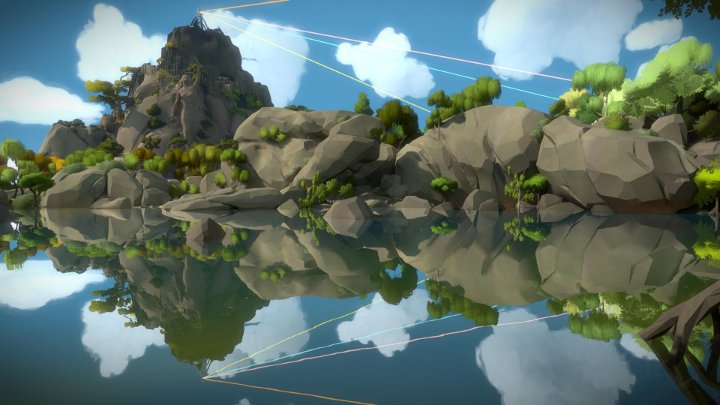 The views in The Witness can be impressive.

Like Oxenfree before, The Witness is an adventure game, though an FPP in this case. The action of the game created by Jonathan Blow's independent team at Thekla takes place on a mysterious island, abandoned by its inhabitants, on which we can move freely. Our task is to search for clues and solve subsequent logic puzzles leading to the discovery of the secrets of this strange place.

The Witness should appeal primarily to fans of the iconic Myst series and generally to fans of thinking and combining small and seemingly insignificant elements of the plot into a single piece. This is confirmed by reviews published by industry media shortly after the title's launch in 2016. The high quality of the game translated into decent sales. In the first week after the launch, the game sold 100 thousand copies.

Epic Games will be distributing free games on its platform throughout 2019. So far we do not know what production will be released after The Witness. Whenever such information appears, we will notify you of it.