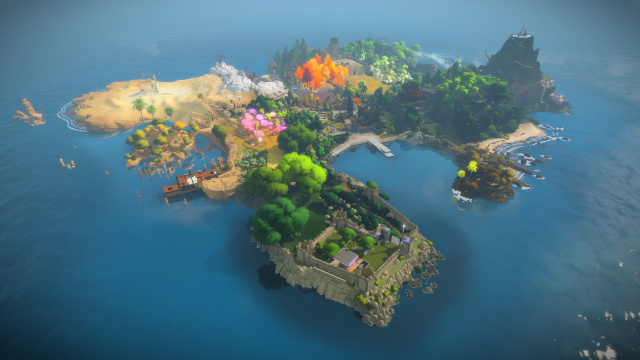 The Witness will take us on a beautiful island full of logic puzzles.

Today marks the release date of The Witness, a first-person adventure game with logic puzzles created by the developer of Braid, which we had to wait nearly six years for since its reveal in 2010. Jonathan Blows new game will unlock on Steam in a few hours at 10 AM PST. Right now you can pre-purchase it in the Valves store for $39.99.

The Witness is already available on PlayStation 4 via means of digital distribution in PlayStation Store. It wouldnt be an overstatement to say that the game managed to conquer hearts of reviewers. See some early reviews found in popular game media:

Among the biggest assets of The Witness as noted by the reviewers are: well-thought-of level design, which makes a great use of the worlds open structure, intelligent puzzles, backstory, and beautiful artwork.

PlayStation 4 and PC are not the only platforms The Witness will be out for. According to information on the official website, the game will also be available on iOS devices and unspecified other platforms some time later.

Pixel Privateers is a rouge-like RPG from Pixel Piracy dev