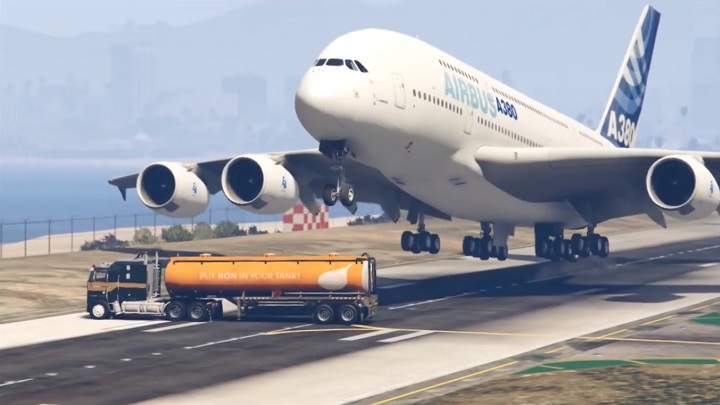 Khurram Nawaz Gandapur, Secretary-General of the Pakistani party Awami Tehreek, has recently improved the mood of many people. It all started with a video showing the landing of an airplane interrupted by a lorry entering the lane. The pilot pulls the machine up at the last minute and avoids the collision. This was seen by a politician and, in order to express his admiration for this achievement, he wrote a tweet, which you can now see only on screenshots. The Internet doesn't forget. 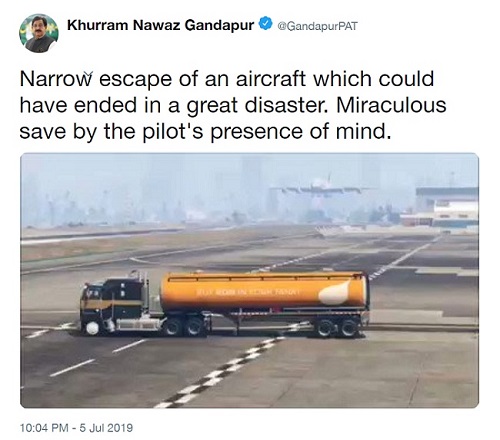 Observers quickly explained to Gandaporou that the recording did not represent a real event, but only a fragment of Grand Theft Auto V, and the tweet disappeared. But the cat was out of the bag. The politician was followed by others:

In addition, the film was marked as potentially inappropriate because the situation was dramatic. There have even been speculations here and there as to whether or not this was an attempt at a terrorist attack. I think GTA 5 graphic designers deserve a bonus.

And if you think that the Pakistani government representative's mishap is an isolated case... 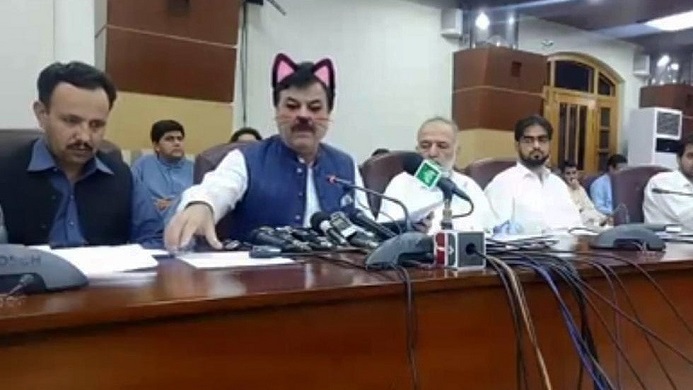 ...this is Minister Shaukat Yousafzai at the press conference in the cat filter. The transmission was hosted from the official Facebook account of the Tehreek-e-Insaf party. A few minutes after the end of the broadcast, there are only screenshots left.