Developers from Owlcat Games can celebrate - their fundraising campaign on Kickstarter was a great success. The developers decided to look for help in finalizing their latest project - Pathfinder: Wrath of the Righteus - among the players, and the community delivered. Fans collected $2,054,339 (minimum goal was $300,000) and managed to fund almost all stretch goals. 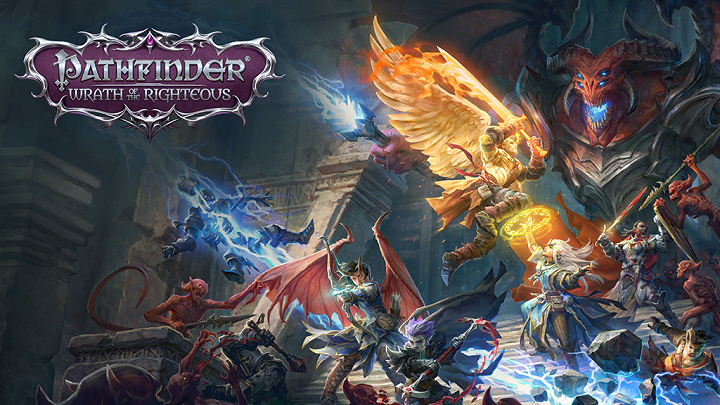 The official promo image of the fundraiser - stirrs the imagination doesn't it?

Thanks to the fundraiser we will not only be able to play the final product, but also receive a lot of additional content. Developers promise a multitude of options. The character editor will be expanded - players will be able to choose more classes and races. There will also be something for animal lovers, because we will be able to develop and personalize our animal companions. Other, even more interesting additions include more unique and unexpected encounters on the world map. Relationships with our companions will also gain depth - we will have two additional romance options and a lot of interaction between party members, who will be able to interfere in our talks or comment on our actions.

Additionally, the combat system will be changed. We will charge into battle on our faithful steed, and the combat itself will become more bloody, thanks to the possibility of dismembering enemies, and more spectacular, as new attack animations will appear. The possibility of fighting tactical battles might add some interesting variety to the game. There are more changes - you can read about them on the official website of the fundraiser on Kickstarter. Only the last stretch goal was not achieved, which was an additional class (hunter) and the possibility of owning a dinosaur.

The earlier game from the team, Pathfinder: Kingmaker (set in the same universe), despite some imperfections, met with a warm welcome. It was also created thanks to the support of fans on the Kickstarter platform (over 900 thousand dollars were collected).