Tom Clancy's Rainbow Six: Siege players know that the key to winning in this online shooter from Ubisoft is the right tactics and chemistry between all five team members. But what if we don't feel like interacting with other people? Is it possible to achieve success against a full team of opponents by playingsolo? Turns out it is. This was proved by youtuber Basically Homeless, who decided to start a multi-player competition, leading a whole team of operators solo.

As you can see from the video above, Homeless needed five computers with separate Tom Clancy's Rainbow Six: Siegeaccounts and a mouse and keyboard connected to a special switch that enables the youtuber to quickly change operators. However, it would be very uncomfortable to constantly shift between characters. That's why Basically Homeless decided on a completely different strategy. It consists in controlling only one specialist at a time, and if they die, Homeless will quickly takes over the next one. This may sound pretty inefficient, but by making good use of the opponent's location information acquired through careful observation of all five monitors and aggressive gameplay, the youtuber has managed to achieve some successes, especially in Casual mode. 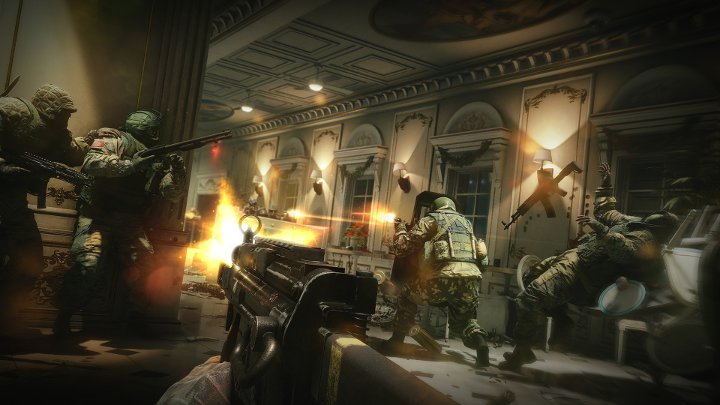 How to play a team game solo?

Tom Clancy's Rainbow Six: Siege will celebrate its fourth birthday this year. Despite the initial problems, the title is still quite popular, which is proven by people like Homeless and the constant support from Ubisoft. Last week, for example, the Operation Phantom Sight updated introduced two new operators, a remastered version of the Dostoyevsky Café map and an improved weapon balance. To learn more about the latest Tom Clancy's Rainbow Six: Siege update, please visit this page.