A Polish gamer boasted the impressive effect of his work in Minecraft. As the author writes himself, he decided to combine "his beloved Gothic with something that not everyone has to like", that is, with the work of Mojang. The result of this undertaking is a meticulously mapped town of Khorinis from Gothic II, which you can see in the pictures below. 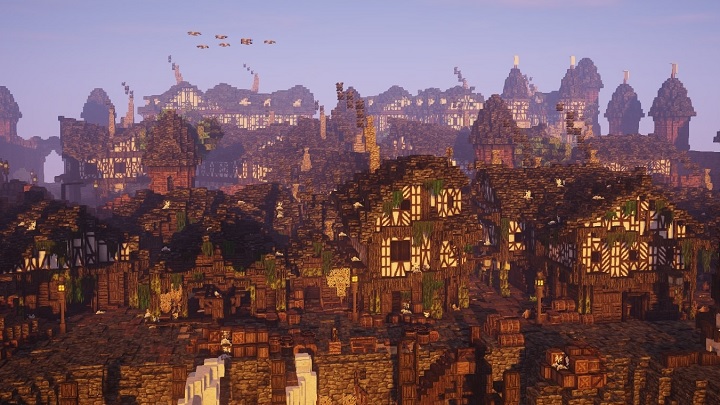 A bit more angular, but looks the part - Khorinis from Gothic II in "block" incarnation.

The creator himself convinces that the "block" version of Khorinis is almost ready. Almost, because it needs some finishing last touches at a "fragment of the port near Esmeralda" (galleon that brought Lord Hagen and his company of royal paladins to the city, which is moored in the port). The areas surrounding the city also await "shaping".

It is worth noting that although the Khorinis (or Gothcraft) project has been in existence since October 2018, the creator had already tried his hand at this subject six years earlier. After its completion, Daniel does not intend to rest on his laurels - as he says himself, although he carries out his "mission" alone, chiseling every fragment of the location, in the next four or five years he intends to "build the entire island", where we will find not only Khorinis, but also the Valley of Mines, Irdorath (the location where the action of the last chapter of the second Gothic takes place) or Jarkendar (where the action of Night of the Raven, a major expansion for Gothic II, took us).