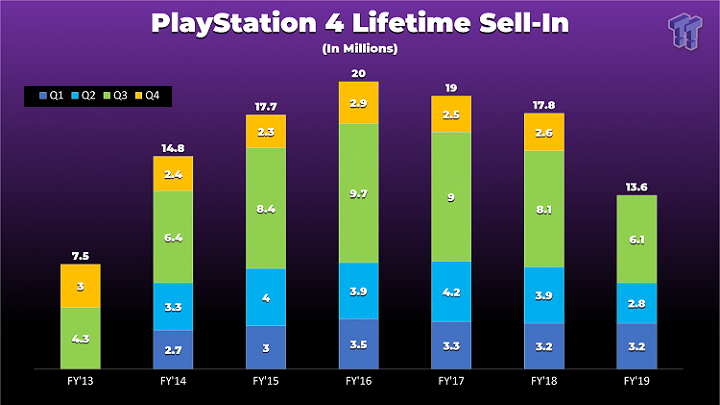 The PS5 is expected to overtake the excellent sales of the PS4. Source - TweakTown.

Sony has very ambitious plans for next-gen consoles and believes that the PS5 will sell very well and the games for it will be revolutionary and above all will distract potential customers from the competition. The latest figures show that the Japanese company is assuming that PlayStation 5 may sell 120 million copies in just 5 years! This is an incredibly high estimate, as it would mean that the new console would outstrip the total sales of PS4, which was considered a great success. 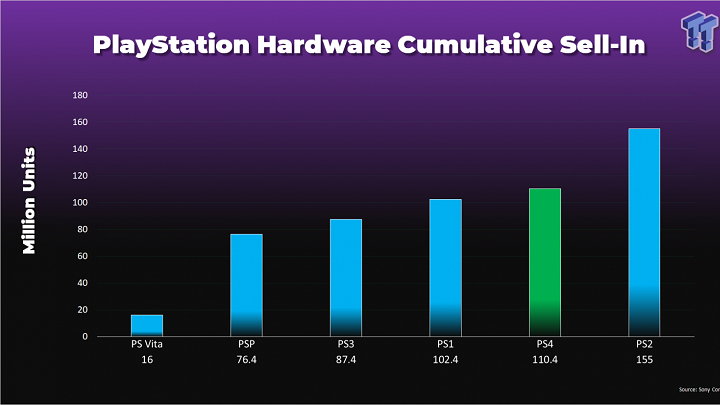 The interest in the new generation is to be the biggest in history. Source - TweakTown.

If this pace were to be maintained by the PS5, we can expect the sales record of the legendary PlayStation 2 (155 million units) to be broken in the long term. Surely the good launch of the console and the 10 million units delivered around the launch, as we mentioned earlier, will verify these forecasts.

Such fantastic data should, of course, translate into video games, on which Sony earns most. The PS4 has sold over a billion game copies, which is an impressive result, and given the backward compatibility of the PS5 with the older console, this number may increase even further.

The manufacturing of one PlayStation 5 is expected to cost Sony around 450 dollars and the price to consumers is still unknown. However, we can assume that it won't be much higher than the cost of manufacturing, because history (including the launch of PS3) has taught the Japanese that a better solution would be to launch the console cheaper and make up for it on game sales.

Spider-Man Miles Morales Will Include Remaster of the First Part