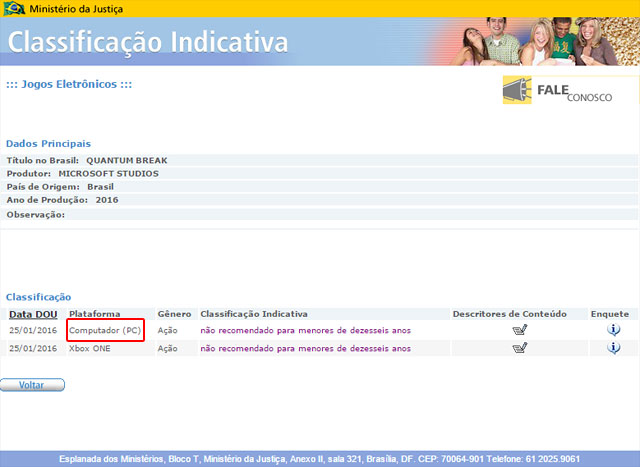 The Brazil Advisory Rating Board rated Quantum Break for PC.

Its not official news yet, but it seems that Quantum Break could actually be coming to PC. The Brazil Advisory Rating Board has surprisingly rated the game for PC next to Xbox One (spotted by All Games Beta) Well, weve heard that developers from Remedy Entertainment did not say no to a PC version of their next action game, but until now we had no real reason to believe that would happen any time soon.

Microsoft Studios have been known for publishing their Xbox exclusives also on PC at a later date  see Rise of the Tomb Raider that appeared on this platform two months after its initial XONE release, or Gears of War: Ultimate Edition that is also coming to PC. Will a similar fate meet Quantum Break? Lets wait for an official statement from Microsoft.

According to what we know so far, Quantum Break is going to launch on April 5th 2016 on Xbox One. We hope that the rumor turns out to be true and a PC version will follow soon. afterwards.