A couple of days ago a mysterious Alan Wake's Return trademark filled by Remedy Entertainment was spotted on the European Union Trademark Database by a NeoGAF user. Now the studio behind the original Alan Wake hinted at a return of the unlucky horror novelist in their upcoming action game Quantum Break. As reported by Polygon, in one of the first in-game sequences the player can find a TV which plays a cinematic trailer for a live-action Alan Wake adaptation. At the end of the trailer we can see a title card: Return. This is also the name of the collectible manuscript pages in Alan Wake's American Nightmare DLC. Polygon also found this:

A possible explanation for this is an in-game Alan Wake television mini-series. After all, Remedy have been known for putting TV shows in their games, starting with The Adventures of Captain BaseBallBat-Boy in the first Max Payne. However, it may also be a hint on something bigger, a real show perhaps, or maybe the next Alan Wake game, which we know is going to happen. 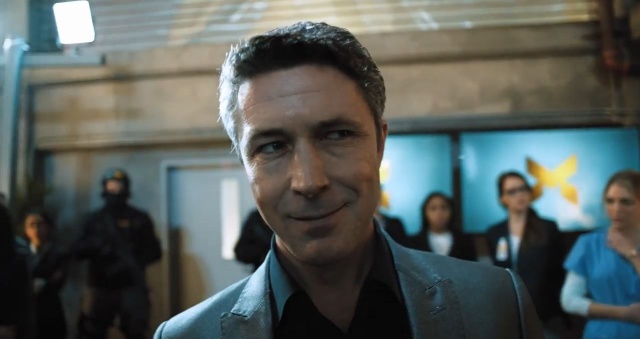 Quantum Break live-action series will not be on the game disc.

In other news on Quantum Break, the live-action series related to the games main story will be streamed to your PC, instead of being installed on your hard disk. This is in order to save disc space, and its probably for the best  do you imagine storing several 20-minute-long 4K videos on your hard drive? On the other hand, it also means that a stable internet connection is needed in order to enjoy the full Quantum Break experience.