Quantum Break is a spectacular third-person action game rooted in science-fiction realities, inspired by modern scientific theories concerning the ability to time-travel. A Finish studio is responsible for the creation of the game, namely Remedy Entertainment, known for such popular titles as Alan Wake and Alan Wakes American Nightmare, but most notably for first two installments of cult-classic shooter  Max Payne.

The described game is an exclusive title, released only on Microsoft hardware, which means Xbox One consoles and personal computers using Windows operating system. Notably, the PC version was made available exclusively through the Windows Store, and requires Windows 10 operating system to run.

The fictional Riverpoint University in United States conducts research on the possibility of time travel. During one of the experiments, an accident happens, resulting in a whole bunch of inexplicable anomalies, while the world around us slowly and gradually begins to disintegrate. In addition, a trio of scientists: Jack Joyce, Beth Wilder, and Paul Serene are endowed with supernatural abilities, which allow control of the space-time. While two of them strongly believe in the possibility of fixing the world, Serene, convinced of the inevitability of upcoming catastrophe, tries to use damaged space-time and Jacks abilities to fulfill his own ends.

The story of Quantum Break was created in a way similar to the contemporary television series, and the depicted events are joined by movie scenes, filmed with live actors. While in the game, we follow the actions of positive heroes  Jack and Beth, the movie scenes are focused solely on Paul Serene, the main antagonist of the game, and his corporation Monarch. Thanks to this way of conducting narration, we get to know many aspects of the same story, shown from two different points of view during the game. Additionally both in the game, and in movie scenes, the players have to make a series of important decisions, that will be reflected in the subsequent course of history.

Despite the very extensive plot layer, Quantum Break on PC and XONE is, above all, a dynamic, third-person action game, in which, aside from shooting, the important aspect is to traverse the succeeding levels, and using your abilities not only to fight, but also to repair the world. This aspect of the gameplay is significantly diversified thanks to the fact, that following the damage of the space-time, our surroundings constantly changes, with a huge amount of anomalies, through which objects, structures or buildings disappear or disintegrate before our eyes. This in turn means that during the gameplay we dont follow only the predetermined path, and are sometimes forced to seek alternative solutions and paths leading to the goal.

Travelling and fighting in a dynamically changing environment is expedited thanks to supernatural abilities, resulting from the failed scientific experiment. During the gameplay, we can, for instance, speed up, or slow down the passage of time, or create a special protective shield around Jack. Although each of the said abilities is almost integral during battling various enemies and obstacles, the key to success is sensible use of them, as they need a certain amount of time for regeneration. The whole process requires not only great skill, but also the ability to tactically plan each of the moves, which is a certain development of solutions, originating from Max Payne series.

The audio-visual layer of Quantum Break for PC and XONE is generated using the original Northlight engine, which aside from the ability to create spectacular and dynamically changing locations, allows for realistic mapping of facial expressions. Additionally, the authors took care that during the game, we wouldnt be distracted by an overly complex interface, which in this example is acutely minimalistic in nature, restricted to few icons responsible for possessed powers. On account of cinematic momentum, in which spirit the Quantum Break was executed, in game there is also a number of more or less known actors. The games cast includes, among others, Shawn Ashmore (The Following, X-Men series), Aidan Gillen (Game of Thrones) and Dominic Monaghan (Lost, The Lord of The Rings trilogy)

The following Quantum Break game guide includes all the essential information that one will find useful during his/her adventures. A lot of attention was devoted to the main storyline, upgrades and skills. 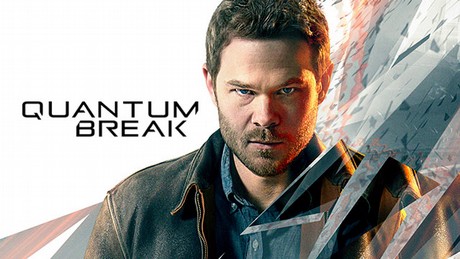 Quantum Break brings back the faith in complex stories told in video games. If youre fed up with sandboxes and multiplayers, Remedys new game is just the thing for you.

Quantum Break may be delayed until the beginning of 2016

Quantum Break, a promising action game designed exclusively for Xbox One, may fail to launch at the initially announced date. One of the employees of Microsoft unofficially admitted that the production will be completed no sooner than in early 2016.

Alan Wake 2 was confirmed by the creative director from Remedy Entertainment in an interview for Game Informer. Sadly, we know nothing about the sequel or when it may come out. Besides, the developer hinted that Quantum Break may appear on PC.

Quantum Break was found rated for PC by The Brazil Advisory Rating Board. Microsoft Studio has not confirmed the news.

Quantum Break is officially coming to PC and Xbox One on April 5th. Microsoft Studio is planning to make crossbuy between XONE and PC a platform feature.

Alan Wakes Return begins to take shape as a cinematic trailer for a live-action Alan Wake adaptation is found within Quantum Break.

Quantum Break coming to Steam, will support DirectX 11 and Windows 7

Quantum Break will no longer require Windows 10 (or DirectX 12) to work. The reworked version of the game  thats due for release on Steam and at Retail on September 14  will run on Windows 7 and up, as long as theyre 64-bit.

The creative director of Remedy Entertainment informed that he is already writing the script for the next game of the team.