On the 7th anniversary of the first trailer of Five Nights at Freddy's, Scott Cawthon, the creator of the series, retired. The reason for this decision was the lack of time for his family and controversies connected with his political views. The announcement widely echoed among the community, which decided to say goodbye to the developer and thank him for all the years of work on the series.

Thanks to Scott Cawthon

The controversy that erupted around the creator spoiled his reputation among fans of FNAF has deteriorated significantly. The end of Cawthon's development career caused a big stir in the community focusing around Five Nights at Freddy's. Reddit was flooded with materials with the slogan "Thank You, Scott", expressing gratitude for the creation of the series and the impact it had on the players. 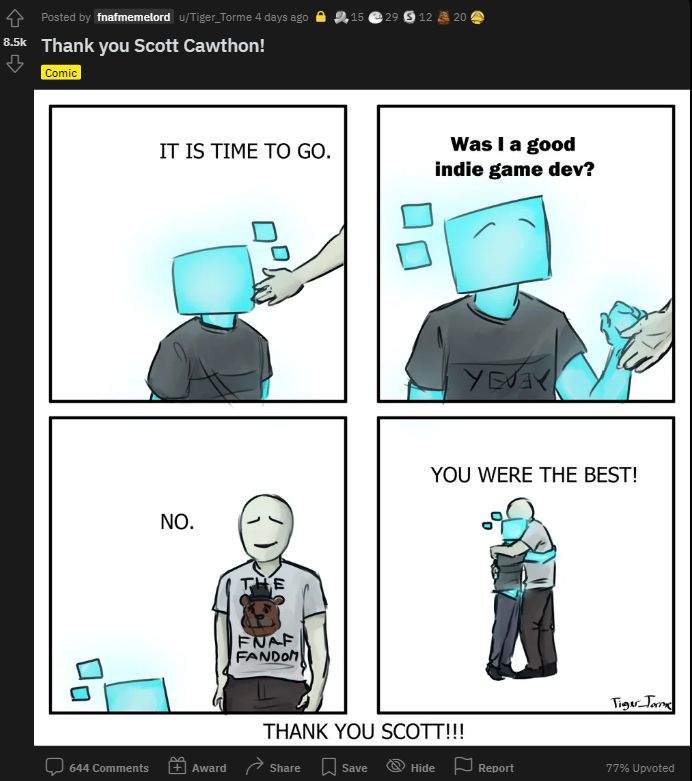 The announcement of Cawthon's retirement was also posted on Scott Games website, among others. Now, however, the website has been completely blanked out, and while you can still access it, all you see is a black background.

The emptiness here symbolizes the end of an era. This is where the teasers for subsequent installments of Five Nights at Freddy's were posted. They were a form of playing with fans. They hid all sorts of secrets, which were regularly analyzed by the community.

Rumor: Quake Will Return With a Female Protagonist?

Rockstar is Looking for a Live Events Coordinator; Gamers See a Connection to GTA 6

Fan-made Force Field in Minecraft has Some Unusual Uses