Before we first heard of Iron Harvest – the upcoming RTS set in the “mechs-meet-1920s” setting, based on Jakub Rozalski’s illustrations – the 1920+ universe had spawned a successful board game called Scythe. That title had an amazing Kickstarter campaign, which gathered over $1.8 million (the dev asked for $33,000) from nearly 18,000 backers in 2015. Now, it’s been announced that Scythe is getting an electronic version by Asmodee Digital, which is coming to Steam in an unspecified future, as Eurogamer learned at Gen-Con. 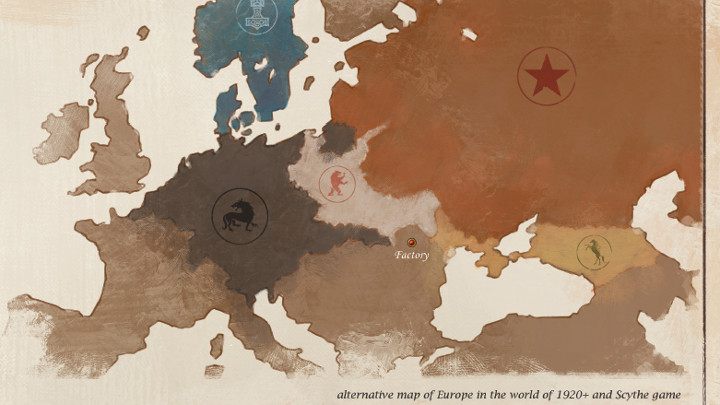 Scythe is set in an alternative version of Europe, based on the 1920+ universe.

Scythe is a strategy board game designed by Jamey Stegmaier. Set in an alternative version of post-Great War Europe the game lets up to five players compete against one another as they lead several fictional factions inspired by historical nations: Polania, Saxony, Crimea, Nordic and Rusviet (Albion and Togawa were added later). Each faction features a unique hero with an animal companion as well as characteristic mech units. 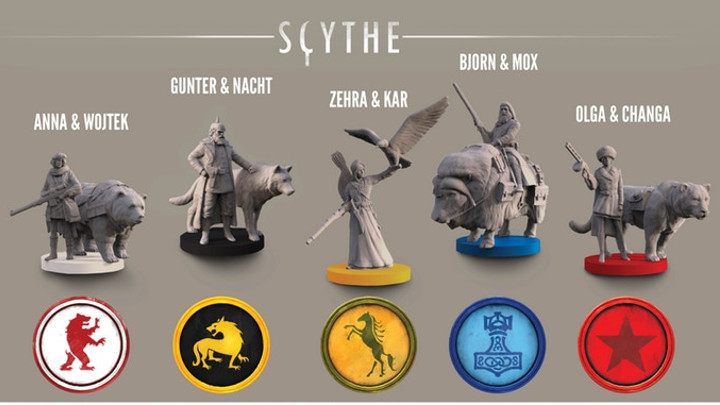 Each faction in Scythe features a unique hero.

As for the Steam version of Scythe, there are currently no details on the content, but we expect it to include at least as much as the board game does.