On the day of release, Sea of Thieves, the online FPP pirate action game, did not have much content to offer, which was pointed out by reviewers and players alike. Studio Rare didn't intend to leave its work to its own devices, though. The game receives regular updates and significant add-ons that introduce new elements to the game. Unfortunately, it is precisely the titles ever-increasing hunger for disk space that has become quite a nuisance for some people. The creators have aknowledged the problem and the latest Developer Update video announced that on February 6 a new version of Sea of Thieves will be released, taking about half as much as the current build.

The new version of Sea of Thieves will completely replace the old one. This means that the owners of the game will have to download it again. Additionally, all subsequent updates will be slightly larger than before (although they are not expected to have a blatant impact on the games size). In exchange for the inconveniences, as we have already mentioned, the players will regain a lot of free space their HDDs. The numbers are as follows:

Whats important, the creators pointed out that such a cut in HDD requirement may make the title work better in some parts of the map. 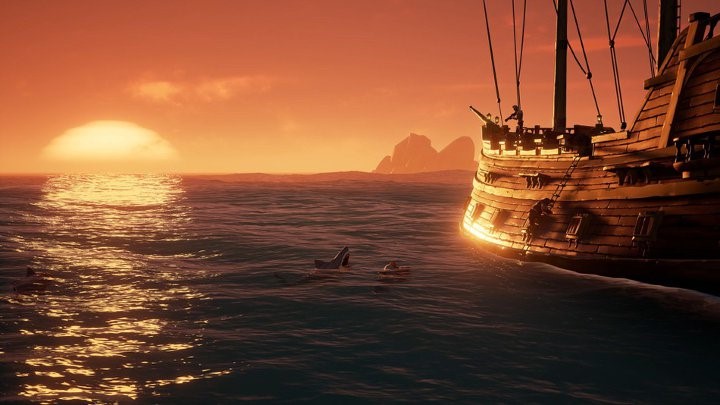 Slimmed-down Sea of Thieves should satisfy many players.

Whats more, the new version of Sea of Thieves will introduce a number of improvements for streamers. These include the option to hide your username, which should make stream sniping more difficult. Developers are also preparing a surprise, which they don't want to reveal yet.

Sea of Thieves was released on March 20, 2018. The title is available on PC (Windows 10) and Xbox One, also within the Xbox Game Pass. At the end of July, the production could boast of 5 million players.