There was a lot of buzz last week about hidden rooms in video games, due to the antics of some creative modders, who, ondepicted a secret location, which is allegedly a church in NieR: Automata. The hidden room, which was accidentally discovered by player known as Mayfe1337 in Diablo Immortal, is probably not a prank, though.

The secret room in Diablo Immortal 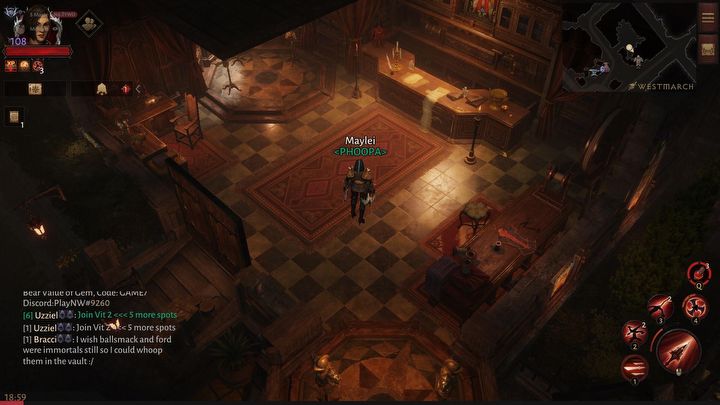 The aforementioned player explored Westmarch in Diablo Immortal, where he managed to go beyond the map boundaries and ended up in a room that resembles an abandoned store. Interestingly, the room is fully textured and full of details, so it is possible that it will be unlocked for players at some point in one of the future updates. Inferring from the minimap in the upper right corner, the room is located not far from the blacksmith.

How did he get there?

On Reddit one user wrote that he knows how Mayfe1337 got to the secret room, to which the author himself replied:

"This is the PC version. Streaming in a Discord conversation made my game go crazy and I somehow managed to get inside the vmaps. No cheats or anything like that. There are places in the game where the character goes higher than they should."

This was countered by another user, Diamondsfullofclubs, who said that he happened to "fall out" of the map, but never managed to do so in Westmarch, where the secret room is supposedly located.

Suing Trolls and Cheaters is the Best Path to 'Healthy Community,' Bungie Says

Nintendo's Performance is Beyond Words; the Japanese are Unrivaled