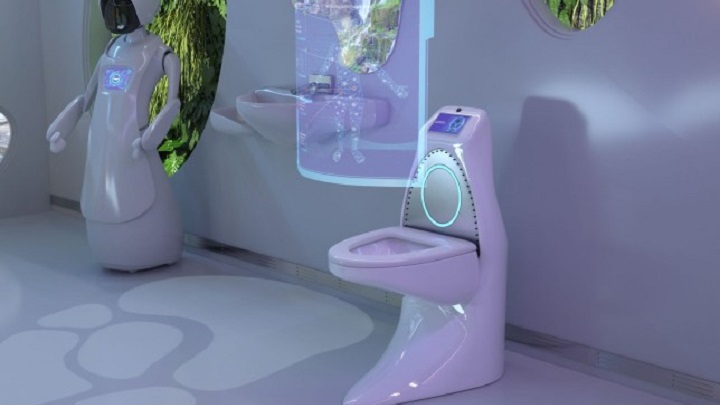 Bloo, part of the German chemical and consumer goods company Henkel, is currently preparing to launch an ecological toilet rim block, the fixing of which will be made of recyclable plastic, but, as you might have guessed, this is not what this news is really about. The important thing is that Bloo has created an advertising campaign from which we learn two interesting things.

First, today is the World Toilet Day. Did you knew? Did anyone in the world knew, apart from the toilet business? Do you have any idea how to celebrate a day like this? Because we have at least two.

Second, thanks to the brand's cooperation with futurologist James Wallman, a quite realistic (30-page report) vision of what the lavatories will be like in 2050 has been created. They will feature mainly pro-health functions.

WATCHING THE TIDES ROLL AWAY...

According to Bloo's representatives, we spend a total of three years of our lives on the toilet. Of course, if a medical toilet ever comes into existence, that time will certainly be longer. The advantage is that there will be no queues. 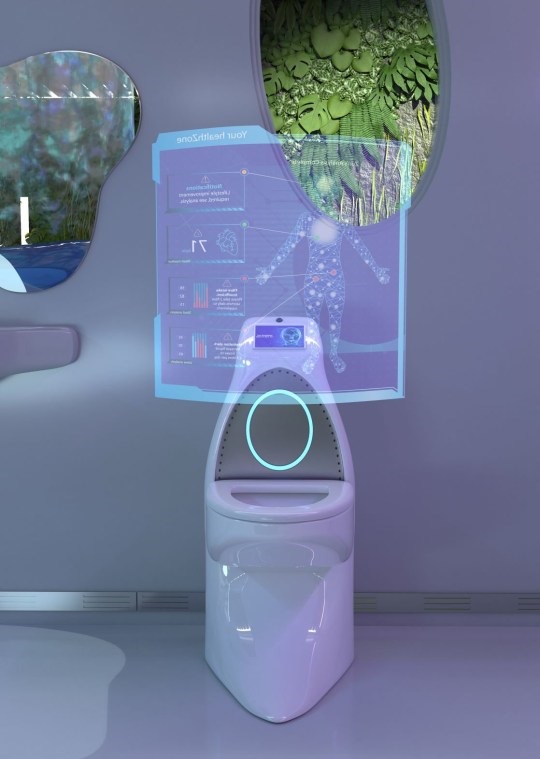 Every toilet session like a visit to a family doctor. What a time to be alive. / Source: Bloo.

As you can see, the future-oriented smart toilet design includes a holographic display with a patient card and built-in medical equipment that can, for example, measure temperature or take samples from you know what and analyze them for our diet, vitamin and sugar levels. The toilet seat will be able to check heart pulse rates and blood pressure. The Toilet Doctor, who cares about the health of its owner, is supposed to be a talking device, obviously. It remains to be hoped that it will not record anything.

World Toilet Day was created to draw attention to the fact that as many as 4.2 billion people around the world do not have access to clean, or any, toilet. A sanitation crisis is not a matter of convenience. Without a proper structure, health-endangering microorganisms multiply and diseases spread. It's also a neglected human right. World Toilet Day is overseen by the UN, and the aim of the action is to eliminate the crisis by 2030.

Bloo either did not do its homework, or simply ignored it, because to celebrate this day (just to remind you: aimed to draw attention to the lack of adequate sanitary infrastructure for over 4 billion people in the world), the company created a vision of the toilet of the future, which of course will not help in solving the crisis in any way. It will undoubtedly improve the well-being of people who have nothing to do with the problem. That's the 21st century in a nutshell.