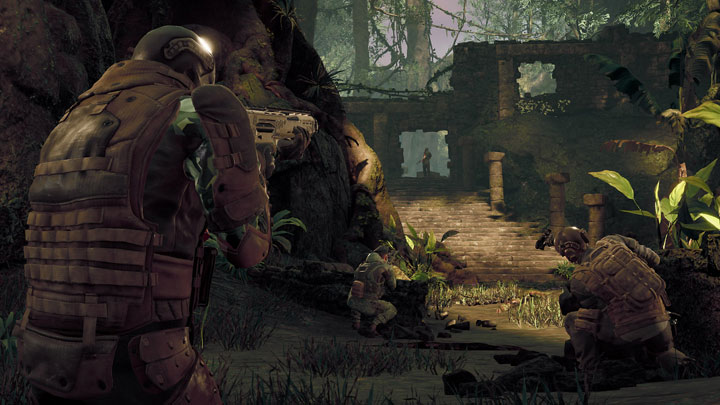 Predator: Hunting Grounds is coming next year.
PREDATOR: HUNTING GROUNDS IN A NUTSHELL:

During the State of Play event organized by Sony the company announced the, the Predator: Hunting Grounds project , i.e. an asymmetric online action game based on a popular film licence.

The production is intended only for PlayStation 4, and its premiere is scheduled for next year. The project is developed by IllFonic studio, known for such titles as Nexuiz or Dead Alliance. Above all, however, the team is known for Friday the 13th: The Game, so they have a lot of experience in creating games with asymmetric gameplay.

In Predator: Hunting Grounds, a group of players take on the role of human commandos, and one participant in the match will control the Predator hunting them. The alien will be equipped with all the gadgets known from the silver screen, including active camouflage. It will also be stronger, faster and more durable than the soldiers.

The Predator is supposed to rely mostly on stealth tactics. In turn, people, in order to have a chance to survive, will have to closely cooperate. Commandos will have access to a large arsenal of standard military weapons, such as rifles, machine guns and sniper rifles.

The trailer suggests that the action will take place in the South American jungle. This concludes the information made available by the devs. Therefore, we do not know how many maps we will find in the game, or what modes the game will offer.