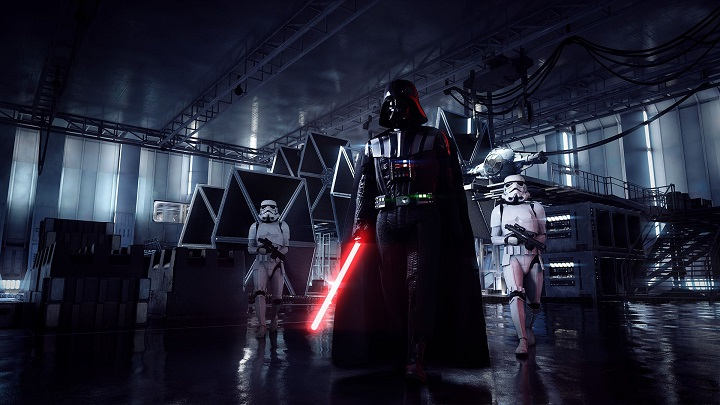 EA DICE has been busy
IN A NUTSHELL:

Over the past few months, Star Wars: Battlefront II has received updates to improve its visual appearance. The heroes, such as Kylo Ren, Rey, Luke Skywalker, Anakin Skywalker or Darcie Vader, have experienced huge changes. In addition to increasing the detail of the models, the animation of characters on the battlefield has been improved. The maps have also been modernized. Improvements in lighting, shading, texture quality or color make the production look more beautiful then ever. All the visual changes are presented in a comparison prepared by the Cinematic Captures channel.

It's worth mentioning that less than a week ago, a new patch appeared on the game servers, eliminating various critical bugs found after the introduction of the BB update - among others, General Grievous' skill, which could completely exhaust enemy's health. It also reduced the amount of damage that Darth Vader could inflict when using his Force Choke ability. The skill proved to be too strong, so EA DICE reduced its effectiveness by 55%.

As a reminder, Star Wars: Battlefront II made its debut on November 17, 2017, when the multiplayer FPS hit PC, PlayStation 4 and Xbox One. Despite the nice promotional materials, the game was aflop, and the users condemned the devs, the Swedish EA DICE studio, for microtransactions that upset the balance of the game. Virtual soldiers buying items, bonuses or boxes for real money had an advantage over casual players who didn't even think about investing additional funds.

Under pressure from players who were given the opportunity to play Star Wars: Battlefront II before launch, the publisher of the game, Electronic Arts, decided to remove all items providing gameplay-related bonuses, thus eliminating the pay-to-win system. Since then, the developers have been systematically adding new content in order to regain the players' trust. In addition to new maps, characters and game modes, microtransactions have returned to the game in a new, friendly version - random loot boxes contain only cosmetic items that do not give an advantage on the battlefield.

Currently, EA DICE is not interested in creating another part of Battlefront - one of the employees of the Swedish studio announced that his team would rather concentrate on developing the second part. After the latest update, we can conclude that the developers are a team of their word.