Stellaris has a quite developed modding scene. The lovers of Paradox's space strategy game can do some very interesting things with it. On the web we can find both unofficial projects focusing on single elements of the title, adding new mechanics, ship models, events or races, as well as visual mods and some truly monumental works, able to significantly change the gameplay. The second group includes a mod called Fallen Republic - prepared by Paradoxical Development Group since 2018, the so-called total conversion of Stellaris, with which we can play in the universe of Star Wars. 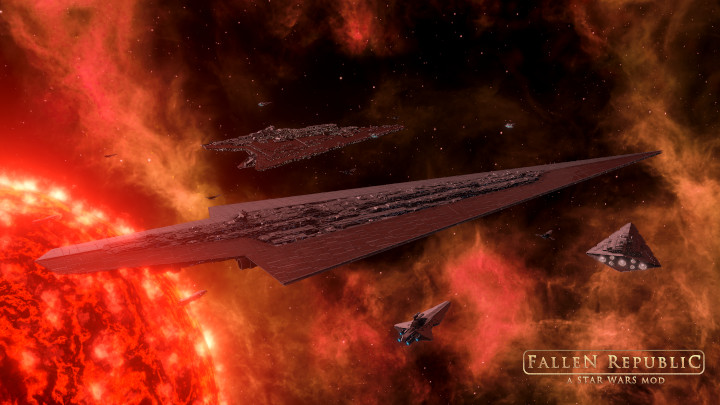 The sight of such ship can be impressive.

The fun in Fallen Republic begins just after the end of the prequel trilogy, i.e. nineteen years before the action presented in A New Hope. The Galactic Empire begins its reign of terror, but other factions with their own interests, not necessarily in line with Palpatine's will, are scattered across the galaxy. Who will win this competition? This will be greatly influenced by the players and their ability to manage their interplanetary nation.

Of course, the devs of Fallen Republic have not limited themselves to transforming the existing races in Stellaris into those known from Star Wars and adding corresponding ship models. The modification will also offer new technologies to discover, special events, resources, buildings, a range of mechanics, politics, traditions and much, much more. The interface will also be refreshed to better match the climate of the universe created by George Lucas. We can see how it all looks in action by watching the presentation below.

It is worth noting that during the development of Fallen Republic the team at Paradoxical Development Group drew inspiration from the whole canon of Star Wars, including books, games or comic books currently referred to as Legends. This means that during the game we can come across, for example, Darth Nihilus' ship from Knights of the Old Republic II or build an imperial super star destroyer. 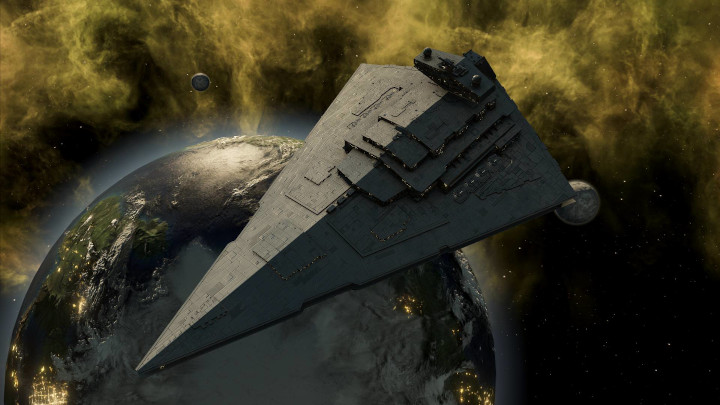 The images from the Fallen Republic mod can make the heart of a Star Wars fan skip a beat.

As the devs revealed, at the time of the release, the Fallen Republic will focus primarily on the period between the end of Revenge of the Sith and the Rebel victory in battle for Endor. This period will be the source of most of the technology, ship models, and events. However, some elements from the later history of the Star Wars universe may be added in the future.

What's more interesting, Fallen Republic will not require any DLCs for Stellaris. However, we have to bear in mind that in case of lack of some of them, some attractions offered by the mod may be unavailable. 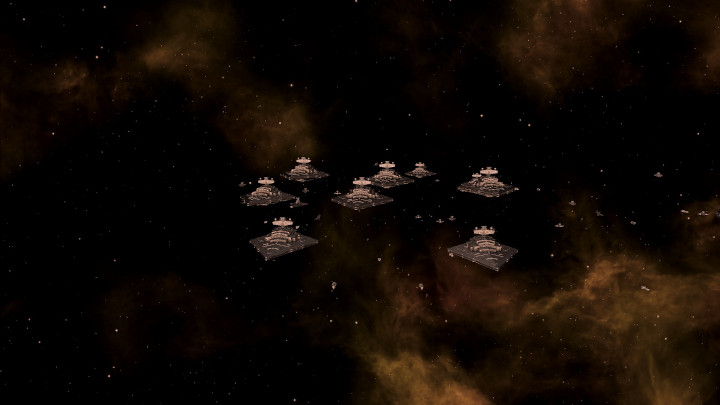 The fleet is ready to attack.

Unfortunately, so far it is not known when Fallen Republic will have its official release. But it is supposed to happen "soon". However, if we want to jump into the world of Star Wars in Stellaris right now, we might be interested in a mod called Star Wars: The Galaxy, whose creator is currently a member of Paradoxical Development Group.