One of the biggest advantages of consoles is the ability to play a title while it's already being downloaded. On PCs a similar feature is currently offered by clients such as Origin or Battle.net. It is quite possible, however, that this facility will become a permanent feature on Steam. The creator of the SteamDB website - Pavel Djundik - shared an interesting finding on Twitter. It is a new Valve patent that is to "track system read operations", thus making it possible to determine which files need to be downloaded first in order to launch a given title.

Interestingly, this concept could also be used to reduce lag during gameplay by pre-fetching data from the original, slower program location to a faster local location before it is needed. According to Djundik, this feature would not require any developer intervention. It's also worth mentioning that unlike competing solutions, which usually only allow a game to launch after half of its content has been downloaded, Valve's patent could be, to quote its description, "limitless" in this area. 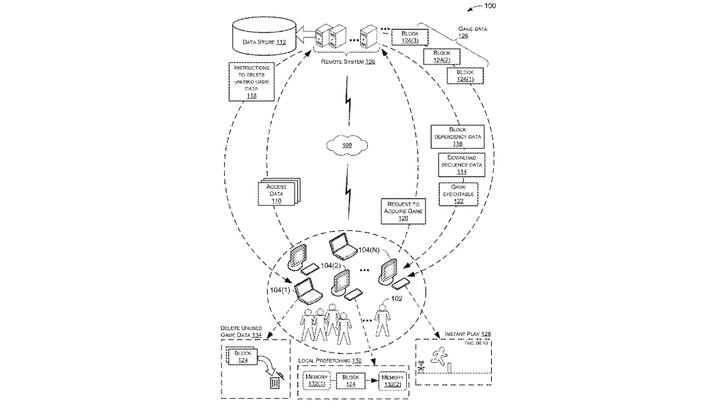 Here is how the patent looks like. Source: Free Patents Online.

While Valve's idea seems to be great news for Steam users, it's worth remembering that just because it's patented doesn't necessarily mean it'll be implemented. Moreover, the company already tried to introduce a similar solution 15 years ago. However, the growing rivalry with Epic Games Store is pushing Gabe Newell's company to take steps to keep Steam in the lead. Or maybe the discussed technology will be implemented in the upcoming Steam Deck?