Valve continues to improve the game search engine on Steam. 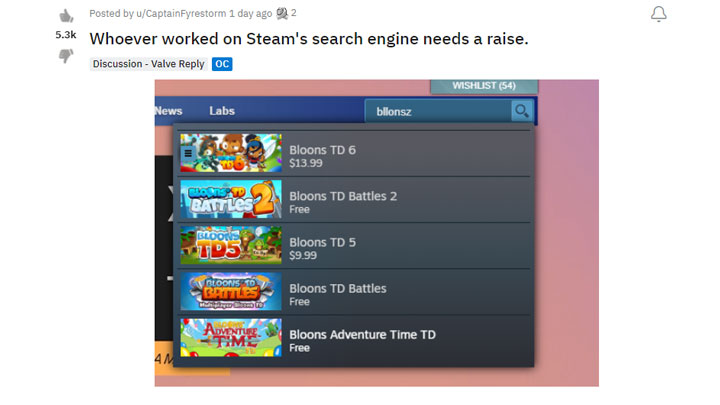 Interestingly, however, these correct recommendations only appear in the list that appears when you type a phrase. If you press Enter or click on the magnifying glass icon, you are taken to a page containing games that have the exact phrase in the title. In the case of "blloonsz" there are no such productions, so the search result is empty. However, in such a situation the website adds a helpful question: "Did you mean "bloons"?", accurately recognizing what we meant.

The system doesn't work perfectly and doesn't always recognize a game correctly after a phrase with typos, but even so, its introduction is a big improvement and should make it easier for players to find games on Steam.

It is worth mentioning that this is not the only recent improvement to the service's search engine. In early September after a user's suggestion, a bug was fixed in a just few hours, which caused that after typing the phrase "Tales of", we've seen not to games from Bandai Namco Entertainment's famous jRPG series, but games that simply had the word "of" in the title.

Other examples of improved search on Steam 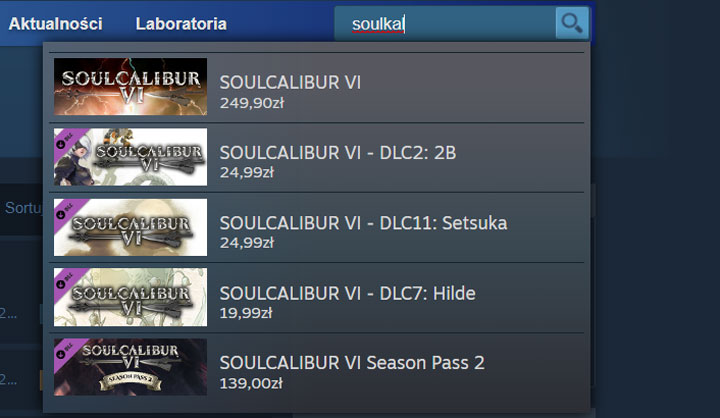 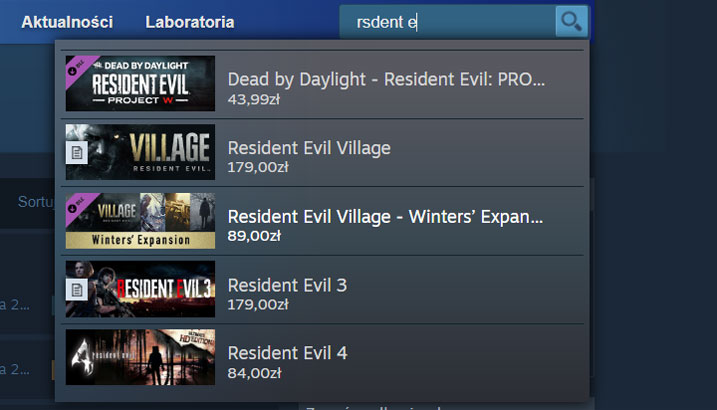 RimWorld Will Let You Have Kids and Genetically Modify Them