Tactics Ogre: Reborn is a tactical RPG from Square Enix studio. Many gamers have come to love this game. If you have a taste for tactical turn-based skirmishes, you should consider giving this title a chance. In this article we will talk about 2 important aspects of the gameplay - Loyalty and Finishing moves. 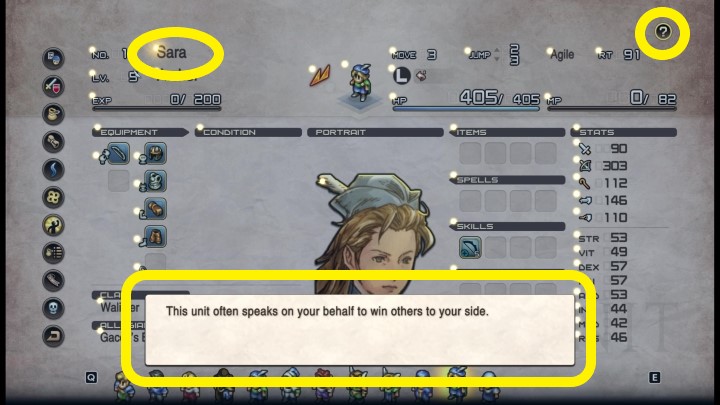 Loyalty is a somewhat hidden statistic. If you want to check whether a unit is loyal to you, you can do so by pressing on the party screen: "Detailed Help" (during battle this is also possible). Then hover your cursor over the name of the warrior. A description will appear, which reflects its loyalty.

This is an important statistic, because if you do not take care of your people, they may leave. You will lose loyalty if a character falls in battle or you often fight and kill members of the clan to which the warrior belongs.

Fortunately, loyalty can be regained - for example, by leveling up characters and giving them special items.

Characters with special skills can also try to pull enemy units to your side if they have little loyalty. The HP of the enemy and the proximity between the recruiting unit and the recruited unit are also important when doing this.

If you liked this article, read also: 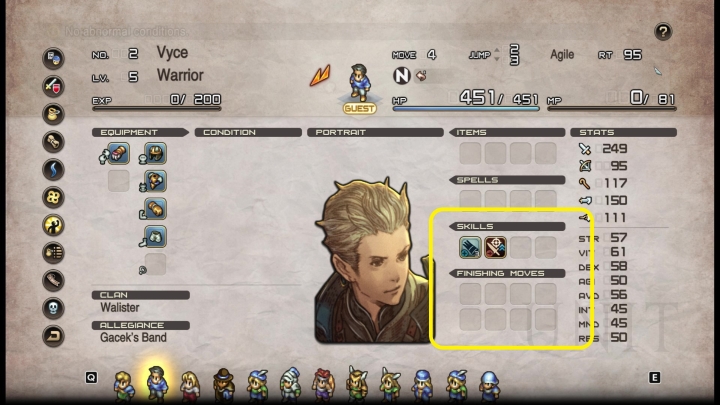 If you level up the skills linked to the weapons long enough, every now and then you will learn a special attack - finishing move, Each weapon has several of them, the higher the level, the more powerful you will learn. Remember that beforehand you must activate these skills on the character tab.