Tactics Ogre Reborn is a turn-based RPG from Square Enix. This adventure has attracted thousands of players, who seem to be very satisfied with the final product. That's why on this page of the guide we'll discuss a few things that are sure to be useful to beginning players. You will read here about Goddesses, Blessings and Elements.

At the beginning of the game you have to choose which goddess will bless you. There are 6 of them, listed below:

This choice is quite important, as it will determine the initial Element of your character. This aspect has a direct impact on the battles, so it is worth spending a moment on it.

The game features the Elements mechanic. It gives characters an affiliation to one of the deities. There are 8 of them in total, and players at the beginning can choose one of the 6 previously presented goddesses. However, 2 Elements - Light and Dark are introduced at a later stage of the story. 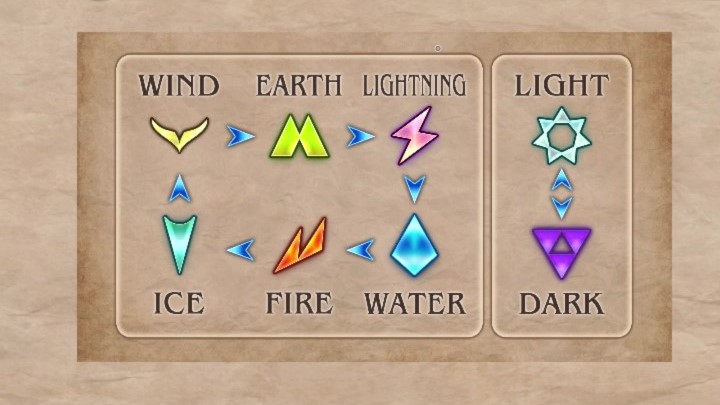 For players, an important aspect of this mechanic should be that some elements are stronger than others. The principle here is – rock-paper-scissors ("x" defeats "y", "y" does very well with "z", etc.).

These relationships are well illustrated in the above screenshot. There is a special correlation between Light and Dark, because they are strong and weak against each other.

Additionally, keep in mind that using skills that are compatible with your element can enhance their effect against vulnerable opponents. In addition, characters belonging to a particular element have a certain base resistance to it.