The Pro-Am 2018 has been the most successful in terms of audience success in the history of Fortnite streams. However, this trend has not been sustained and the popularity of the charity tournament this year has dropped dramatically. Compared to the previous edition of the event, the audience decreased by 72%.

Rod Fergusson, former production manager at Epic Games, revealed that just before his departure in 2012, he was trying to delete Fortnite. He thought it looked unprofitable at these times.

Free games will be available weekly oo Epic Games Store until the end of the year, and not as originally planned until the end of Epic Mega Sale. In addition, the company has published a video on which it boasts of its exclusive titles.

Thirty games appeared on this year's PC Gaming Show, among them Vampire: The Masquerade - Bloodlines 2. In this summary you will read about all the titles that marked their presence at the conference.

Immediately after the two-week ban for cheating in Fortnite, Damion  XXiF Cook and Ronald  Ronaldo Mach qualified to the world championship finals, in which the prize is 30 million dollars.

Epic Games Support has mistakenly sent private information about one user to another person. The injured party was informed of the leak. Representatives of the company also contacted the user who received the problematic message asking for its removal.

Epic Games Store users who have shopped too much in a short space of time are in for an unpleasant surprise  the store's anti-piracy system can block their account. If you've had a similar problem, you should contact the EGS support.

Problems with the first big sale on Epic Games Store continue. This time Borderlands 3, announced for this September, disappeared from the store's offer, joining Vampire: The Masquerade - Bloodlines 2 and Oxygen Not Included.

Epic Games Store customers have discovered another controversial phenomenon related to Epic Mega Sale, the store's first big special sale. It turned out that the promotion does not include Ubisoft games. Titles from the French company's catalog were hidden for the duration of the Epic Mega Sale campaign, and their sale was blocked.

Epic Games has some trouble Epic Mega Sale. During the promotion period, Vampire: The Masquerade - Bloodlines 2 and Oxygen Not Included disappeared from the store's offer, and some of the discounted games had unannounced price changes.

PC Gamer has announced that Epic Games will sponsor this year's PC Gaming Show at E3 2019. Fortnite developers will showcase content from a wide range of games, including exclusive Epic Games Store titles.

Fortnite got another big patch today, starting its 9th season. Epic Games studio has published a notice in which they describe all introduced novelties and modifications. We also know the details of the new battle pass.

The CEO of Epic Games, until recently one of the biggest critics of Microsoft, changed his mind about the Redmond Giant. According to a recent interview, Tim Sweeney has become an avid fan of the company that created Windows and Xbox.

Epic Takes over Rocket League Creators. Will the Game Disappear from Steam?

Psyonix Studio has been taken over by Epic Games. So far, Rocket League hasn't disappeared from the Steam. That didn't prevent players from flooding the site with negative reviews of the game, probably just in case.

Vince Zampella from Respawn Entertainment reported that his company does not plan to apply a Fortnite-like development model, i.e. weekly updates, to Apex Legends. Devs plan to deliver new content as it is now, i.e. once a season.

Avengers: Endgame has debuted in cinemas around the world, while Fortnite: Battle Royale players can check out timed event inspired by the film. The Endgame module enables characters, equipped with Avengers' gear, to face Thanos and his Chitauri.

Tim Sweeney  CEO of Epic Games  wrote on Twitter that his company is ready to give up acquiring exclusive titles, assuming Steam gives up 88% of sales revenue to the devs. The only condition being, that the solution would have to be implemented "without strings attached".

Despite the announcement that the games published on Tim Sweeney's platform are to become cheaper, an opposite trend was noticed. This can be seen in the examples of Anno 1800 and The Division 2, where availability on the Epic Games Store and Uplay alone has resulted in the average market price of both games becoming higher than before they left Steam.

Every success has its price. Fortnite turned out to be a golden goose, but at the cost of team members' health. The employees are extremely exhausted. They are often required to work 12 hours a day, 7 days a week.

Epic Games announced that this Thursday, April 25, Fortnite will host the Avengers Film Festival. The event is connected with the premiere of the Avengers: Endgame.

Piper Jaffray published its usual semi-annual report about teenager spendings in the USA. According to the company, young males spend as much as 14% of their income on video games. Most of this thanks to Fortnite. 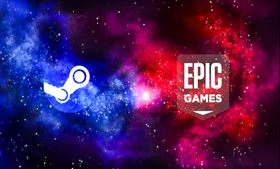 Tim Sweeney, the CEO of Epic Games, admitted that no previous developer announcements about e.g. Steam will prevent his company from acquiring new exclusive titles. Sweeney's words contradict the earlier assurances that the Metro Exodus affair was the las

David Stelzer and Sergey Galyonkin took part in a Q&A session organized by GamesIndustry.biz during PAX East 2019 and answered some questions related to Epic Games Store. As you may expect, the main topic was exclusive titles.

Witch Games has announced that Epic Games has rejected the request to add Assault Android Cactus, an acclaimed independent title, to the Epic Games Store.

Epic Games studio CEO revealed the costs of digital distribution. His calculations show that a 12% margin is enough to make big money, and the industry standard 30% is exaggerated.

Epic Games addressed the controversies surrounding the company's activities in the last weeks.

Tim Sweeney, the CEO of Epic Games, assures that his company's Store will not be selling bad games. It will also not offer pornographic production and those created only with shock value in mind.

Fortnite has now almost 250 mln registered users. At the same time, the game broke an activity record - more than 10 mln users have played the game at the same time.

Tim Sweeney, the CEO of Epic Games, has taken the floor on Reddit and commented that securing exclusive titles for the Epic Games Store platform is not an anti-consumer, but rather a "procompetitive" action.

Another day, another Epic Games Store controversy. The online community believes that the platform downloads sensitive user data from Steam files, including friend lists and stats on the games they have played. Epic Games denied the accusations.

We've learned the roadmap for Epic Games Store. The creators of the platform are working on e.g. adding support for mods, achievements, user reviews and wishlists.

Epic Games can rest easy. The four celebrities that filed cases against the company have withdrawn their lawsuits for copyright infringement and illegal use of their dance choreographies in Fortnite.

Registering an account on Epic Games Store is as easy as pie  the user isn't even obliged to verify the email address they've provided.

In response to the growing popularity of the competing Apex Legends, the developers of Fortnite have confirmed that they are considering the introduction of two new gameplay mechanics: respawns and a new voiceless communication system.

Epic Games announced that the total prize pool available in Fortnite in 2019 equals $100 million. This includes both the rewards in Fortnite World Cup and other events across the year.

Fortnite is still doing very well. On February 16th, the game registered 7.6 million concurrent players, which is a record number for a day without any event. The result was achieved in spite of the huge popularity of Apex Legends.

Epic Games intends to sue the organizers of the Fortnite Live festival, which took place last weekend in Norwich, UK.

US patent office responded to Alfons Ribeiro's claim of alleged copyright infringement in Fortnite using the Fresh emote. According to patent examiners, a short, simple dance does not fall under copyright law, rendering the claim invalid.

Apex Legends has conquered Twitch, leaving Fortnite far behind and choking on dust.

A 10-minutes long online performance by DJ Marshmello in Fortnite: Battle Royale was seen by more than 10 million people in-game.

Tim Sweeney, the CEO of Epic Games, announced that in the near future the Epic Games Store will receive a game review system.