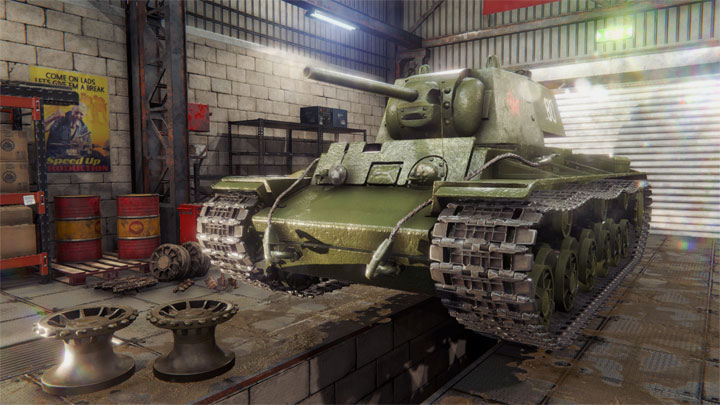 Tank Mechanic Simulator is the debut project of DeGenerals.
IN A NUTSHELL:

PlayWay has boasted the results of its latest productions. Within the first 72 hours after launch, Tank Mechanic Simulator found 39 thousand buyers. As you can see, the combination of popular topics of tanks and vehicle mechanics turned out to be a hit. Let us recall that the title launched last Thursday, on February 20. The project is available on PC only.

On February 19, a port of Thief Simulator, the company's 2010 PC hit, made its debut on Xbox One. The release on Microsoft's console found over 3,000 buyers in the first 72 hours. This is not as impressive a number as the publisher's PC games results, but it was enough to pay for the development and marketing costs.

Also in the case of Tank Mechanic Simulator, the sales in the first 72 hours ensured that PlayWay broke even.

These successes are yet another proof that the Polish publisher has found a very profitable niche for itself by focusing on unusual simulators. The company's biggest hit remains House Flipper, whose sales in September last year exceeded one million copies. This week, the game will also launch on Xbox One and PlayStation 4, and mobile versions are also planned.

Publishers' other successes include Car Mechanic Simulator 2018 (925 thousand copies), Thief Simulator (329 thousand on PC), Gold Rush: The Game (325 thousand), and Cooking Simulator (188 thousand). Importantly, these figures are from a few months ago, so the results of all these titles are now undoubtedly much higher.