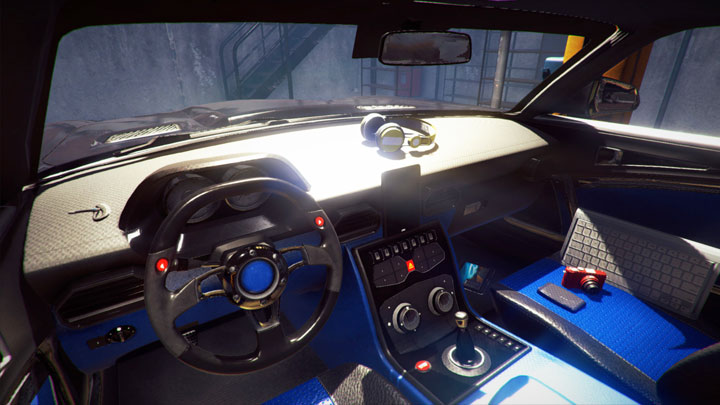 The success of Thief Simulator shows that PlayWay knows how to sell creative "simulations.

A lot of games made by Polish developers have been released on the market. We decided it was worth checking how they did on Steam over the last few months. We took the sales results from Steam Spy - the paid version of the service, which provides more accurate information than whatever that's available for free. We've also added Steam Charts' average number of people playing a given title on Steam at the same time, over the last month.

When analyzing the list below, keep in mind the different release dates of the titles and the availability of versions for other hardware platforms. It is also worth remembering that in case of older titles, the drop in the average number of players playing at the same time is usually greater in the case of dedicated single player productions.

In some cases, there are significant differences between the sales results visible in the table and those appearing in official press releases. For example, at the beginning of October, Creepy Jar boasted that Green Hell's sales exceeded 93.000 copies.

The differences are probably due to the fact that Steam Spy gives only approximate results, so the actual data may look a little different. Some customers couldve also returned their purchased games. Its best to compare the numbers from the table to the results of other productions from this list.

In the case of Phantom Doctrine, last week the developers announced that the game has found over 100,000 buyers. It seems that at least half of them are PC players, especially since the title is available both on Steam and GOG.com.

It is also worth noting the impressive sales of Thief Simulator, as the game was released less than two weeks ago. The developers of World War 3 also have reasons to be happy - the game achieved an excellent result, despite the plague of technical issues, which made it impossible to play the game for a long time. These problems, however, result in the title systematically losing players, so it is difficult to predict how long it will live.

Dying Light Bad Blood turned out to be a complete failure, which is sad, as the title offered a fresh approach to the battle royale genre. Currently the servers are virtually empty. Not everything is lost, however, as the developers will get a second chance next year, when the game will leave early access on PC, and the console versions will be released.

In the case of the Thronebreaker: The Witcher Tales the result of 17,000 copies is disappointing. The authors admitted that the numbers are below expectations, but they believe that the project will be a success in the long run. It should be mentioned, that the title was released on Steam only ten days ago. Previously it was available exclusively on GOG.com.

Among the Polish titles published in recent months, there is no shortage of both successes and failures. So far, however, everything indicates that Frostpunk's position as the biggest Polish hit of the year will remain unchallenged. According to Steam Spy, the game has already found one million buyers.

The FIX PUBG initiative is officially over

The FIX PUBG initiative is officially over